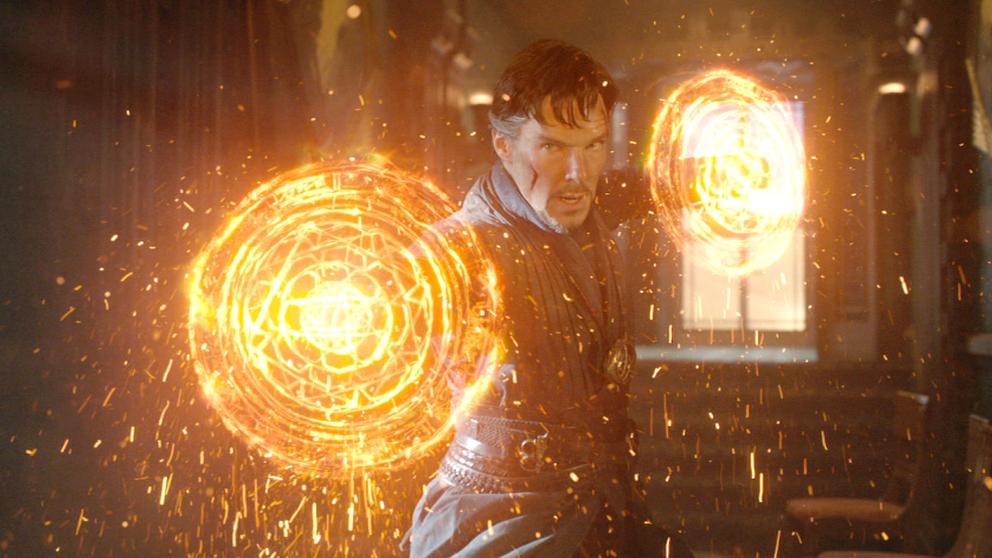 Benedict Cumberbatch plays two heroes on the screen, Sherlock Holmes and Marvel's Doctor Strange, but he became a real-life hero when he fought four attackers off a cyclist. Cumberbatch confronted four men who tried to rob a Deliveroo cyclist in a scene that resembled something from one of his own films.

The gang attacked the food delivery cyclist and at one point even smashed a bottle over his head. Luckily, Cumberbatch was riding in a nearby Uber with his wife Sophie Hunter. He jumped out of the car and intervened when he spotted the cyclist in trouble. Witnesses say Cumberbatch yelled at the men to "Leave him alone."

The Sherlock Holmes actor then pulled the men off of the cyclist and was nearly hit in the process but narrowly dodged the punch. Ironically, the whole scene unfolded near the fictional home of the super-sleuth Sherlock Holmes in Baker Street. Those four thugs probably were too shocked to argue with the six-foot super-hero Cumberbatch and fled. The Uber driver was taking Cumberbatch and his wife to a club when he stopped the car and his passenger intervened.

The Uber driver, a 53-year-old named Manuel Dias said, "The cyclist was lucky, Benedict's a hero." In an interview with The Sun, Dias said he did not realize he was driving Cumberbatch at first. He was about to turn onto Marylebone High Street when he saw the four thugs shoving the Deliveroo cyclist. "My passenger jumped out, ran over and pulled the men away. They turned towards him and things look like they were getting worse, so I joined in."