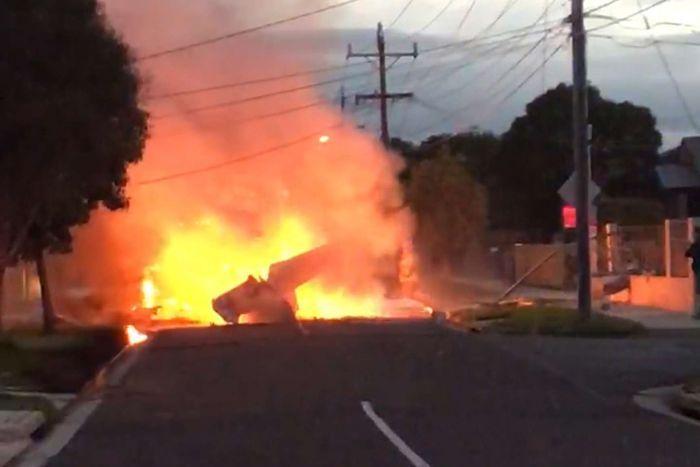 Melbourne police confirmed a plane crashed into Scarlet Street, Mordialloc around 5:00 p.m. Friday. The plane took out power lines on the way down and caught fire killing the lone pilot of the aircraft. No other injuries were reported and police have not released the identity of the pilot.

So far, police do not know the cause of the crash. A nearby resident named Grant told ABC Radio Melbourne he thought it was a car accident. "The aircraft is on the street, it's badly burnt in the fuselage behind the engine and the cockpit," Grant said. "I heard the thump and didn't pay much attention, thinking it was just a car accident down the road somewhere and then the whole neighborhood went nuts with non-stop fire brigades, ambulances, police."

"You can't move out on Scarlett St for emergency vehicles at the moment," Grant continued. "Neighbor was walking his child down there and scooted out of the way real quick and it was just a ball of flame all the center of it." Scarlett St is a small suburban street just a few hundred yards from Moorabbin Airport.

Moorabbin is one of Australia's busiest airports with a flight academy, charter flights, freight, and recreational flights going constantly. Police are investigating along with the Australian Transport Safety Bureau.