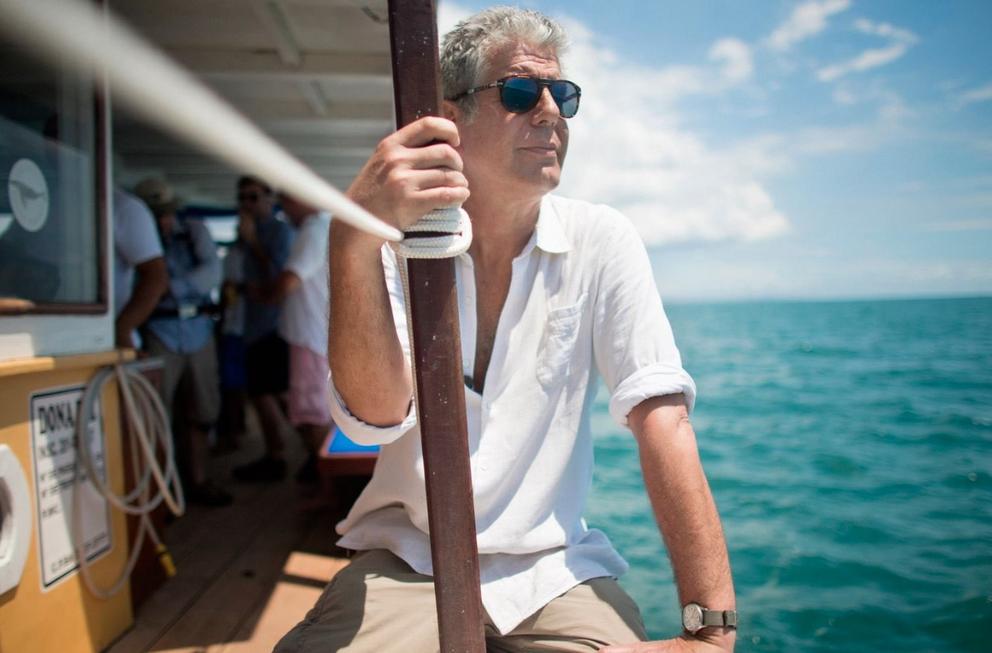 The 61-year-old chef who starred in numerous cooking-centered shows that involved touring restaurants in the US and abroad was found dead in his hotel room in France Friday. Anthony Bourdain's death is being treated as a suicide and the prosecutor for the city of Colmar Christian de Rocquigny du Fayel says there is no reason to expect foul play. Fayel added that the death was by hanging in the Alsace region. "At this stage, we have no reason to suspect foul play," he said.

Bourdain's shows saw him touring all over the world from eating noodles in Hanoi with former president Barack Obama to sucking on soft-boiled turtle eggs at an open-air market in Colombia. He even stopped and ate handmade spring rolls in Cambodia on the way to interview a member from the opposition government. Bourdain grew in popularity after his 2001 book "Kitchen Confidential" that was soon translated to television. Even Chef Gordon Ramsey of Hell's Kitchen tweeted about the loss of Bourdain.

He quickly became known for his willingness to eat anything and to go anywhere to do it for the camera. He soon became an icon as a modern-day crusader of food justice. Bourdain was shooting what would become the final episode of the CNN show "Parts Unknown" near France's border with Germany. The television crew that traveled with him said, "It is with extraordinary sadness we can confirm the death of our friend and colleague."

Bourdain's mother Gladys Bourdain has been an editor for years at The New York Times and said she had no idea her son was considering suicide. "He is absolutely the last person in the world I would have ever dreamed would do something like this," she said. Eric Ripert, a celebrity chef and costar with Anthony on several of his shows, found him "unresponsive", according to CNN. He was staying at a luxury hotel named Le Chambard in the village of Kaysersberg.