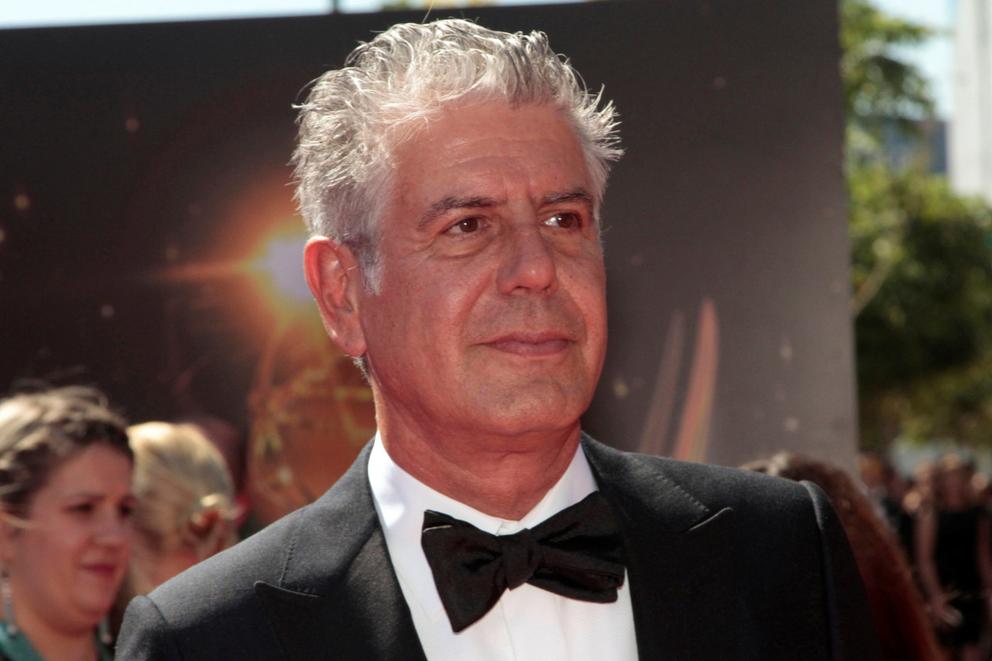 Anthony Bourdain Used His Bathrobe Belt To Hang Himself

New details surrounding the tragic suicide of food specialist Anthony Bourdain were revealed by the prosecutor of Colmar in France's Alsace region. Prosecutor Christian de Rocquigny said the writer and celebrity chef hung himself in the bathroom of his French hotel room using the belt from his bathrobe.

The world renown chef was in France for the filming of his latest series "Parts Unknown". He was found dead Friday at 61-years-old and his death has shocked the world. People of all ages spoke positively of Bourdain Friday as word of his tragic passing spread.

Theories were floated by some sites that implicated the Clinton's in his death since Bourdain has spoken out against the Clintons in the past but Rocquigny confirmed: "there is no element that makes us suspect that someone came into the room at any moment." Rocquigny also pointed out that the medical examiner found no signs of violence on his body indicating there was no foul play.

<blockquote class="twitter-tweet" data-lang="en"><p lang="en" dir="ltr">“Travel isn’t always pretty. It isn’t always comfortable. Sometimes it hurts, it even breaks your heart. But that’s okay. The journey changes you; it should change you… You take something with you. Hopefully, you leave something good behind.” — Anthony Bourdain <a href="https://twitter.com/hashtag/RIP?src=hash&amp;ref_src=twsrc%5Etfw">#RIP</a> <a href="https://t.co/1X5IoWzLbC">pic.twitter.com/1X5IoWzLbC</a></p>&mdash; Tribeca (@Tribeca) <a href="https://twitter.com/Tribeca/status/1005073364531269633?ref_src=twsrc%5Etfw">June 8, 2018</a></blockquote>

Currently, investigators are waiting for the results of toxicology tests to identify whether the food enthusiast was on any medication at the time of his suicide.

Stop spreading disinformation. Anthony Bourdain siad he would never commit suicide. He was Murdered like many others that have been made to look like suicides.

Nobody cares. He was an irrelevant douchebucket

Yes yes yes. This is just another Clinton body count. When will these ppl meet their judgement

Just look at his tweets from a month ago. Hillary goons harassing him.

I doubt suicide is the whole story.