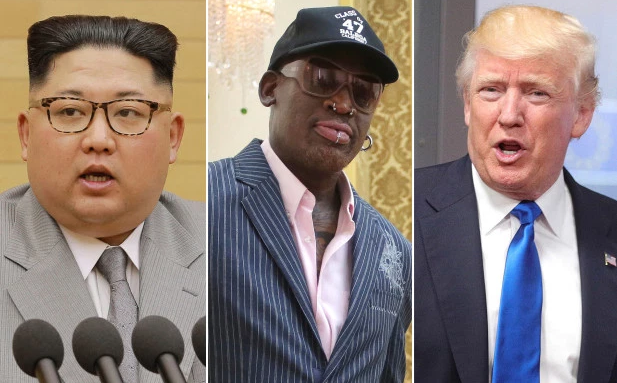 The influence of former NBA-star Mr Dennis Rodman for bringing President Trump and North Korean leader Kim Jong-un together was recognized by the White House yesterday as a video surfaced on social media of him receiving a call from press secretary Ms. Sarah Huckabee Sanders who explicitly thanked Mr. Rodman for his “positive” comments and for being “helpful” in the setup of the historic event.

Mr. Rodman had gone on a CNN interview earlier yesterday in which he clearly became emotional when admitting he had gotten death threats for his past visits to North Korea (it would appear Mr. Kim Jung-Un is quite the basketball fan and he had thus invited Mr. Rodman who gladly accepted). The former NBA star player also mentioned that after his North Korean visit he had contacted the then White House administration but “Obama wouldn’t give me the time of day.”

Not so this time around as White House press secretary Sarah Huckabee Sanders said: “The president had seen some of your comments over the last several days. He just wanted me to reach out and thank you for some of the positive things you said and appreciate you being helpful in this process.”

Clearly relieved to hear the news, Mr. Rodman stated: “When you see Donald next time can Donald say hi to me and say, ‘Dennis, I would love to shake your hand.'”

Ms. Sanders replied: “I’ll pass that on. Today may be a little crazy but we’ll try and do something when we get back to the states.”

Great stuff… on many levels…