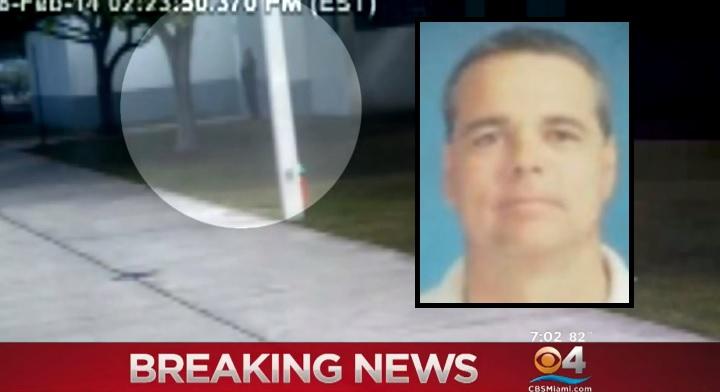 The Broward County Sheriff's deputy who was widely criticized for not entering the Marjory Stoneman Douglas high school during the Parkland shooting has filed a motion to dismiss the lawsuit against him by the father of one of the victims.

Attorneys for Scot Peterson filed the motion to dismiss the lawsuit on behalf of Peterson. The motion filed by Peterson's attorneys claims, "No duty of care exists at common law for an individual to address the killer and kill the killer."

CCTV footage from the high school drew outrage when it was revealed that Peterson stood outside instead of confronting the shooter while students were gunned down by former student Nikolas Cruz.

The lawyers for Peterson say there is no reason to file a lawsuit against Peterson, who was the armed law enforcement officer paid by taxpayers to provide security for the high school.

The Sheriff of Broward County Scott Israel threw Peterson under the bus and publicly criticized his response during the shooting but careful analysis of the Sheriff Department's policy shows that Peterson did not violate any policy by not confronting the shooter.

I don't think they have a case against him, but he wins the world's biggest faggot award for sure.

Question why he stayed outside and on whose orders?

Then ask that person why and on whose he issued that order.

The whole shooting process has what looked like too too many stop points , where intervention could have been used to dramatically reduce the numbers.

Too many Crisis Actors ready and were too well rehearsed.

Too many Professionally trained and organized protesters and MSM News Crews on scene within an hour.

Too many links back to Anti-Trumpers, the Pro-Clinton/Obama FBI and former CNN employee.

An 18 y/o previous crisis actor, from another school shooting who just happen to transfer here after graduating back in Calif. 2 years years ago.?

Hogg / actor claiming to be attending the school that lied and said he was there during the shooting. Only to accidentally retract that scripted narrative 2 weeks later in a interview saying heard about the shooting he jumped on his bicycle to head there to cover it.

The same Hogg whose Mom worked for CNN at 1 time,

The same Hogg whose daddy is a from Pro-Clinton Pro-Obama FBI agent.

The same Hogg who signed a 5+ figure $$$$$$ speaking contract and has Millions $$$ suddenly to spread his Anti-Constitution and Anti-Bill Of Right msg.?

The whole process stinks of a Anti-Gun Pre-Planned Massacre.