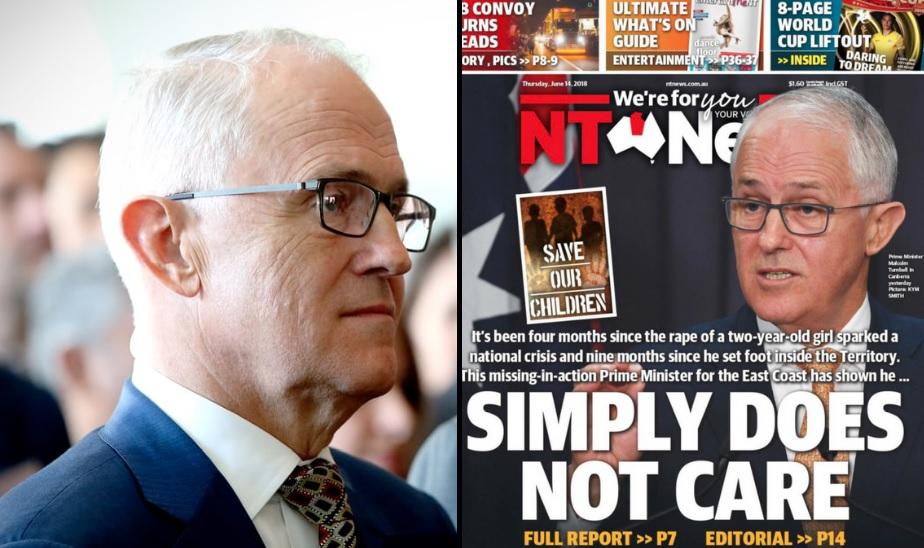 Landowners in and around Tennant Creek are asking the prime minister to visit their community when he comes to the Northern Territory in August. The request to visit their community was followed by a news headline said he "simply does not care" about the crisis in the North Territory community. Turnbull faced criticism over the remark prompting him to announce a visit to the Northern Territory, and now residents want him to visit Tennant Creek.

Chairwoman of the Julalikari Council Linda Turner said, "Tennant Creek has been in the national and international headlines, month after month it’s still being reported, so I think it’s really important that he comes here so he can hear it from the people on the ground." Turner is also a member of a cultural advisory group that is working with governments to address social issues in the region where Tennant Creek is located.

"I think, after all, that’s happened, he should be obliged to come here. He should feel an obligation to come here because we’re his constituents. He’s our prime minister," Turner said. A Warumungu traditional owner named Patricia Frank and member of the same advisory group as Turner called on Turnbull to visit saying, "If the Queen’s been here, and Prince Charles and Lady Diana, he can too. We’re just asking our own person to come here."

Frank says Turnbull should visit the town and speak to the Aboriginal community and Aboriginal service providers. The communities population is around 3,000 with a little less than half of them being Aborigines. Frank suggested Turnbull should come to witness the problems facing the communities first hand and what is being done about them. "Come to Tennant Creek and talk to us on the ground," Frank continued. "Come and see how he can help and support us here. See a small Aboriginal community and town, how we work our guts out to help our people in the community."