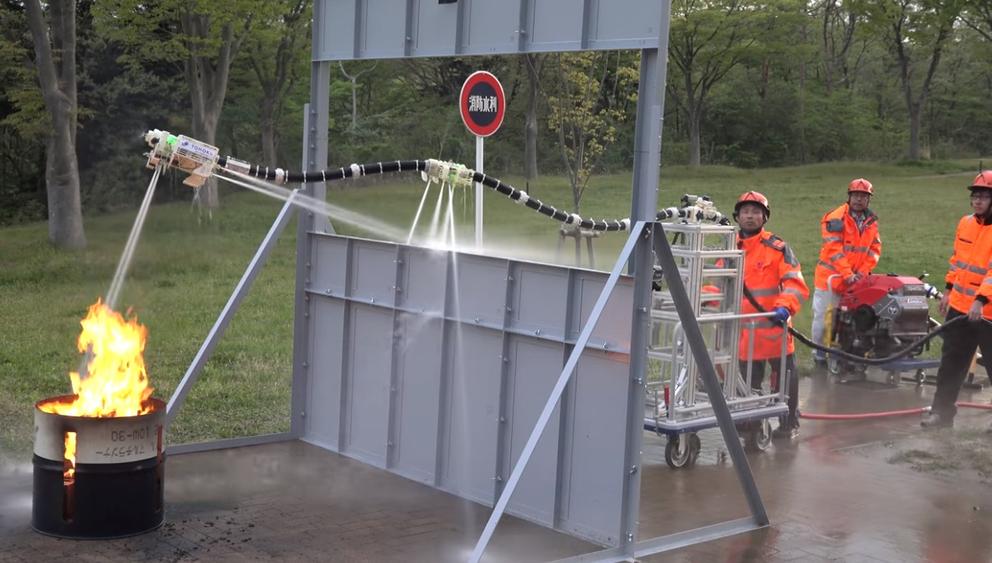 Japan always seems to be years ahead of the rest of the world when it comes robotics, and researchers at the Tohoku University and Hachinohe College are proving it. Their latest invention is the DragonFireFighter, a robotic snake-like robot capable of flying itself to hard to reach places to extinguish fires.

The DragonFireFighter was revealed at the International Conference on Robotics and Automation in May. It works using the same principle that sends your garden hose flying when you turn it on and the water blasts the hose all over the place. Using algorithms to control jets of water allow the robot snake to "fly".

Evan Ackerman at IEEE Spectrum said, "Fires have an unfortunate habit of happening in places that aren't necessarily easy to reach. Like other snake robots, this one has the potential to be able to wiggle its way into windows or other gaps in a structure, with the benefit of carrying and directing water as it goes." A variation of the jet-stream powered craft exists in the form of entertainment already.

oh wow. this actually makes a shit load of sense.

This device took so long to deploy even with it on site that the fire would burn itself out before the snake got to the fire. It also deposited more water on the operator side than the fire side it looked like.