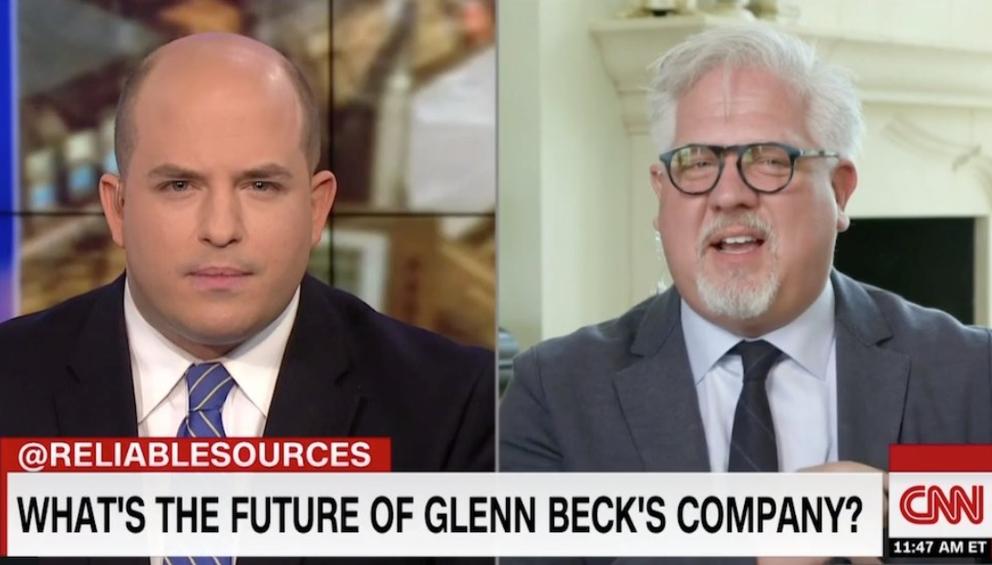 Glenn Beck, the owner of the cable and digital media company TheBlaze, walked off the set of an interview with CNN host Brian Stelter after Stelter asked him about reports that his company was floundering. Stelter referred to a headline from The Daily Beast which reported Beck's media empire is on its last legs.

"The right-wing cable and digital media company—founded by Beck shortly before he exited Fox News in 2011—fired another round of staffers this week, shrinking a workforce that has already been reduced to less than 50 employees, according to two sources who spoke with The Daily Beast on the condition of anonymity. The two sources also confirmed that more than a dozen employees had been laid off over the past several days.

Making matters worse, the company’s hopes for a bailout from a fellow right-wing titan did not go as planned."

The pair were speaking about distrust and the media and the illegal immigration program when Stelter brought up the part about not being able to find a buyer. He asked Beck, "Is this related to the point about people not talking to each other? That if you want to create that media company, there’s not interest? What’s going on with that?"

Beck instantly began taking off his lapel mic saying, "Wow. Brian, thanks a lot. I think that’s the most ridiculous question I’ve ever heard. I’m sitting here ready to talk to you about the detaining of children and parents and trying to break families apart, something that has been happening with Janet Reno!… We want to stop it and you want to play those games? You have a nice day." Beck then walked off the set and left the interview.

Glen Beck is slowly morphing into Colonel Sanders. Is this an attempt at a business pivot to save "The Blaze"?