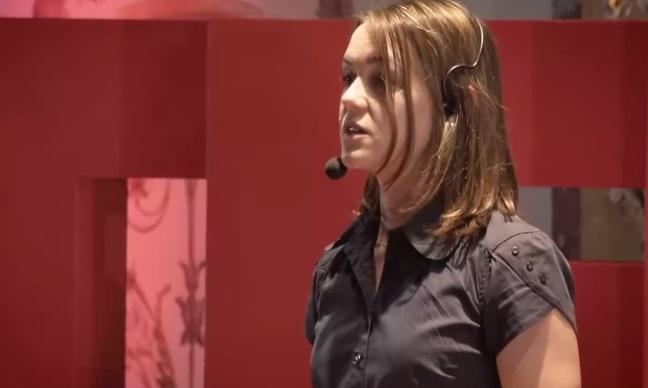 About a week ago, TEDx Talks uploaded a <a href="https://my.mixtape.moe/wmtqkd.webm">video to their YouTube channel</a> with millions of subscribers. In the video, a woman argued that "pedophilia is a natural sexual orientation, just like heterosexuality". The woman's name was Mirjam Heine and she presented a 13-minute talk that was, well, pro-pedophilia.

Heine's original talk took place on May 5 when she spoke at an independently organized TEDx Talk event at the University of Wurzburg in Germany. The description of the even on the TED Talk website characterized the video as focusing on her belief that pedophilia is a natural expression of sexual orientation that cannot be changed.

The description continues saying Heine "believes that no one is responsible for their sexual orientation, for their feelings, but that everyone is responsible for acting upon this sexual orientation. She also inquires how all of us can gain if we distinguish clearly between our feelings and our actions. Since pedophiles can’t change their sexual desires, they must learn to control them to not act upon them."

Heine's lecture was clearly the result of her own confusion on pedophilia. She said at one point, "Scientific studies indicate that one of the strongest indicators of child sex abuse committed pedophiles is social isolation. People who can’t tell anyone that they are pedophiles can’t get any help. For example, they can’t tell their friends that they can’t go to the beach because children will be there as well."

Aside from the video itself, TEDx Talks has been under fire for taking down the video after the immense online backlash. It isn't just that they have taken down the video, but they have been having all copies in existence scrubbed from the internet despite being licensed under the creative commons which allows anyone to freely copy and share the video. Is this a form of censorship in action? Why are TEDx Talks being allowed to have a video scrubbed from the internet despite being in the public domain? And why are all of the popular video sharing platforms bowing to TEDx Talk's demands?

Here is the full statement from TEDx Talk:

An independently organized TEDx event recently posted, and subsequently removed, a talk from the TEDx YouTube channel that the event organizer titled: “Why our perception of pedophilia has to change.”

In the TEDx talk, a speaker described pedophilia as a condition some people are born with and suggested that if we recognize it as such, we can do more to prevent those people from acting on their instincts.

TEDx events are organized independently from the main annual TED conference, with some 3,500 events held every year in more than 100 countries. Our nonprofit TED organization does not control TEDx events’ content.

This talk and its removal from the internet was recently brought to our attention. After reviewing the talk, we believe it cites research in ways that are open to serious misinterpretation. This led some viewers to interpret the talk as an argument in favor of an illegal and harmful practice.

Furthermore, after contacting the organizer to understand why it had been taken down, we learned that the speaker herself requested it be removed from the internet because she had serious concerns about her own safety in its wake.

Our policy is and always has been to remove speakers’ talks when they request we do so. That is why we support this TEDx organizer’s decision to respect this speaker’s wishes and keep the talk offline.

We will continue to take down any illegal copies of the talk posted on the Internet.