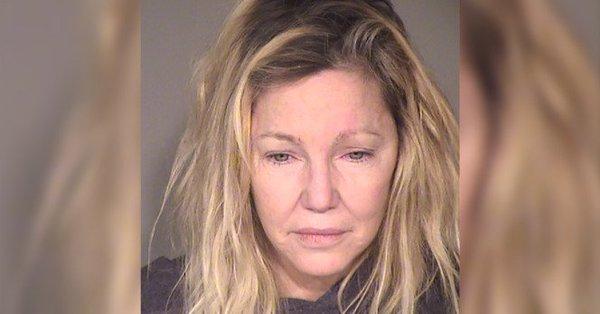 Actress Heather Locklear got into trouble anew after she was arrested on Sunday night after she turned violent anew against a police officer and emergency-service personnel.

<blockquote class="twitter-tweet" data-lang="en"><p lang="en" dir="ltr">There is such extraordinary pain and sadness in this photo of Heather Locklear. Arrested for the second time in as many months, and now rushed to hospital for what some are reporting as an overdose. I hope she can get the care &amp; support she needs. <a href="https://t.co/ij3MmTZBPX">pic.twitter.com/ij3MmTZBPX</a></p>&mdash; Ian C Mackenzie (@IanCMackenzie) <a href="https://twitter.com/IanCMackenzie/status/1011445635093090309?ref_src=twsrc%5Etfw">June 26, 2018</a></blockquote>

She posted bail on Monday but only after a few hours since she returned home, the once hugely-popular TV star had to be rushed to the hospital after the authorities were alerted about an overdose.

The new episode to the real life drama of the troubled star started on Sunday, at 11 p.m. when the police received a call reporting that the “Melrose Place” star was “heavily intoxicated.”

Locklear was also said to be arguing with other people in her California home when the emergency call was made.

A deputy was trying to separate the actress from the people she was quarreling with when she turned her ire on the officer and attacked him including kicking the deputy, leading to her arrest.

One of the biggest television stars of the 1980s and 1990s, Locklear had to spend a night in jail.

She was also last hospitalized on June 17 when she had to undergo treatment and evaluation after she threatened to kill herself.

Melrose Place was a smash hit in the 1990s and ran for seven seasons. Locklear stood out in the series and even became a pop culture phenomenon with her blue eyes, blond hair and gorgeous smile.

The celebrity, however, became entangled in one trouble after the other after her star waned with problems with her relationships having gone through two divorces and a slew of short-term boyfriends since, rumors on addiction, and brushes with the law. She had had numerous rehab stints.

i remember watching her in the 80s as a model spokesperson for a health club. she was so f'n cute! wow…. but once the estrogen levels drop, it's all OVER. add to that, drugs and alcohol and you have a mess.

Must mean Hollywood is through with her. They use you up and spit you out. Pretty eye opening when you see the bitterness in these individuals once they realize they are irrelevant to the message they want to send. Example: Madonna, Griffin, Judd, Takei…..the list of outdated losers is long.

Sad to see this happen.

She had a great smile.

But aging is harder on females than males in her industry…

I guess liberals aren't so liberal.