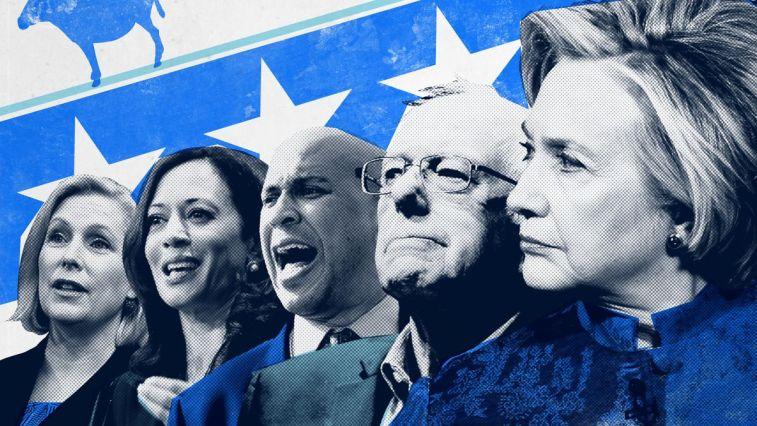 The shocking primary victory of 28-year-old Ms. Alexandria Ocasio-Cortez in New York over Congress' 4-th ranked Democrat Mr. Joe Crowley, was the last salvo in a long line of warning shots the progressive left has fired at the Democratic Party leadership.

Though the hatred towards the current White House administration in her acceptance interviews was widely expected (Ms. Ocasio-Cortez claims that the Trump administration holds ‘black sites’ at the Mexican border to separate migrant children from their families), the subsequent stabs towards the established Democrat party leadership were all the more alarming.

Ms Ocasio-Cortez, probably in the midst of an emotional maelstrom and overcome by the win, repeated towards several press outlets that Democratic Senator Kirsten Gillibrand, who has always claimed the be on the side of the more progressive New York Democrats “didn’t even bother to talk to nor consider me before endorsing” Mr. Crowley.

“You‘d think a progressive leader would at least be interested in how a no-corporate money Bronx Latina triggered the 1st NY-14 primary in 14 years on progressive issues.”

Yes, the rage amongst the progressive Democratic base is grand indeed. And they have the momentum on their side. Case in point is the admittance by Dictionary publisher Merriam-Webster that the search on its site for the word ‘Socialism’ rose by 1,500% since yesterday.

The Democratic party is clearly moving ever further to the left, with most progressive candidates demanding both universal healthcare and free college education, policies that have been installed by developed European economies for a long time (although most progressives fail to mention the difference in taxation) and also the issues which were at the heart of the highly successful presidential campaign Vermont Senator Bernie Sanders ran on in 2016.

However, if the party moves too far left, some establishment Democrats are convinced that moderate candidates in GOP-leaning districts will not even stand a chance come November.

Though few Democrats dared to admit the trend, in the end, it was Mr. Marc Short, White House director of legislative affairs who summed up the situation best: “I think what you’re seeing in the Democrat Party is that Maxine Waters and Bernie Sanders are becoming more and more the face of the Democrat Party.”

“So that’s where you see the Democrat Party moving, and I think that certainly doesn’t bode well for them and their politics as they continue to move more and more to the socialist left.”

'Progressives' is a one word oxymoron… 😲