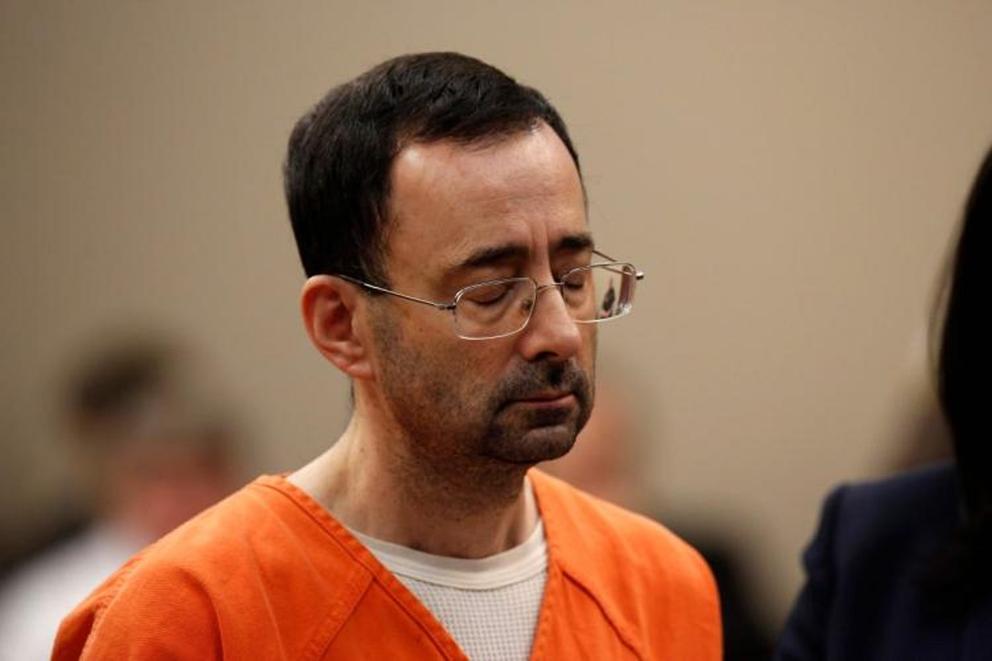 The series of public courtroom humiliations are set to continue for serial-rapist pedophile Larry Nassar as well as a former trainer. Both were indicted on child sexual assault charges Friday following an investigation into the elite gymnastics center Karolyi Ranch in Texas. The former doctor Nassar was indicted by a grand jury on six counts of second-degree sexual assault of a child, according to Walker County prosecutor Stephanie Stroud.

Related coverage: <a href="https://thegoldwater.com/news/17569-Pedo-Larry-Nassar-Sentenced-to-Another-125-Years-May-He-Burn-in-Hell">Pedo Larry Nassar Sentenced to Another 125 Years. May He Burn in Hell</a>

One count was also filed against a former trainer at the gymnastics ranch named Debbie Van Horn. "More women were identified as possible victims in Walker County, and ultimately a total of eight victims made reports to the Sheriff's Office regarding Dr. Nassar," Stroud said in a news conference. Van Horn is pictured below.

The latest investigation of the famous gymnastics gym training center run by Bela and Marth Karolyi began when five former gymnasts alerted authorities to the possibility that Karolyis could have prevented abuse at their now-closed ranch. Two of Nassar's victims were abused at the center.

Nassar is currently in prison for sexual assault and possession of child pornography that will see him there for over a century. The formal filing of additional charges will act to bring justice for additional victims whom he molested over a period of 30 years. The total number of women who have come forward against Nassar is now well over 200.

Gymnasts claimed to have been abused by Nassar at the ranch leading to an investigation. During Nassar's trial, it was revealed that some of his victims had reported Nassar to the police many years prior but he cleverly assured authorities he was practicing a medical procedure. A statement was released from USA Gymnastics following the charges against Nassar:

"We are sorry that any athlete was harmed during his or her gymnastics career. The best way to honor the incredibly brave women who spoke out about Larry Nassar is to demonstrate every day our commitment to doing everything possible to prevent this from happening again. USA Gymnastics supports and is fully cooperating with the investigations by the Texas Rangers, Congress and others, and we will continue to do so. Nassar has been and will remain incarcerated for up to 175 years for the horrific crimes he committed. USA Gymnastics is dedicated to creating a highly empowered culture that encourages and supports our athletes while pursuing their gymnastics dreams in a safe environment. We hope everything we do going forward makes this very clear."

Castrate the filthy pig, starting at the neck! Why should the tax payers pay to keep this fucktard alive with over a 100 year plus gig? Maybe he’ll do us a favor and find a doorknob and scarf?

Isn’t he a muslim? Was he protected by the liberal lesbian militants running MSU? They most likely got their fingers stinky too, but we’ll never hear a word about that. Shut down MSU period.

How about investigation of the parents who let their daughters spread their legs in spandex to international audiences and then allow team doctors to continue questionable procedures so as to not rock the boat.

The whole 'sport' is just a different form of child pageantry.

I hope they throw him in with the rest of the savage general population.