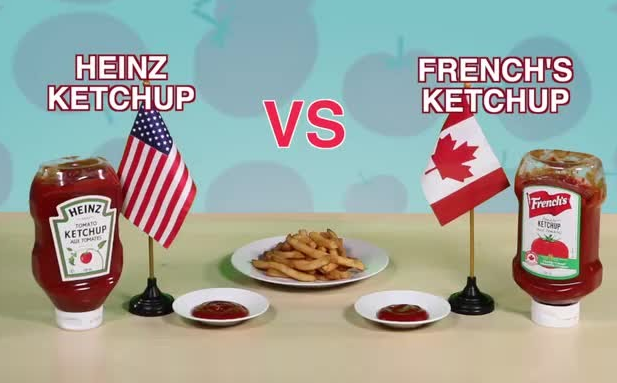 The US state of Ohio is a politically sensitive area as it almost always determines how a Presidential election turns out. Given the limited options, Canada had to slap retaliatory tariffs on US products (just as with China, the White House’s options are far longer), it was no surprise they decided to hit Heinz Ketchup, which has its largest production facility in Ohio, with a 10% surcharge.

Furthermore, the plant that Heinz vacated in Ontario, Canada laid off 740 workers there when production was put back in the US in 2014 already.

French’s ketchup maker, which now boasts itself in national pride as it is produced in Canada, is hoping to profit from Heinz’ 10% surcharge to gain market share.

Already in 2014 when they set up shop in Toronto to make homegrown ketchup, they won the hearts of many Canadians, and now with the price difference, they are hoping to pull in the remainder as well.

Market research results from Euromonitor International showed that French’s Canadian ketchup sales doubled in the past year while Heinz's fell by five percent. Many analysts agree that the longer the US-Canadian trade war goes on, the bottom line for Kraft Heinz could be hit.

Mr. Av Maharaj, vice president of corporate affairs at Kraft Heinz Canada, hopes it will all blow over as he believes the press is simply ‘looking’ for something to report on. He stated: "We are a good corporate citizen, and truly part of the Canadian fabric."

"We don't think the tariffs imposed by Mr. Trump were particularly fair to Canada, and neither do we think that the reciprocal tariffs that were imposed are equally fair.

However, the ketchup wars have in the meantime reached politics as well as Republican Senator Mr. Patrick Toomey of Pennsylvania, where Kraft Heinz has a smaller facility, expressed concern over how the tariffs would hurt his constituency. He stated: "The solution for them to be able to continue to sell their product in Canada would be to shut down their U.S. factory and move to Canada."

However, Mr. Sylvain Charlebois, a professor of food distribution and policy at the University of Halifax, claims that Heinz has more to lose if Canada continues the trade war with the US: "The tariffs are just making things worse for them and that's why they're reacting,"

"It's all about politics. Politics are trumping economics."

Trudeau is an unabashed disiple of Soro's mass islamic migration to christian countries against his own population wants. Screw him and drive Canadians to expell him and his socialist cohorts at their next general elections. Punish them hard, make the feel the pain, make them wish they never elected the arsehole! Send that message on behalf of the American and free world! ⚠️

Begun the ketchup wars has.

A Broader View on the ketchup war.

There could the Price War or there could a Price Fixing War.

Time and congress can tell…