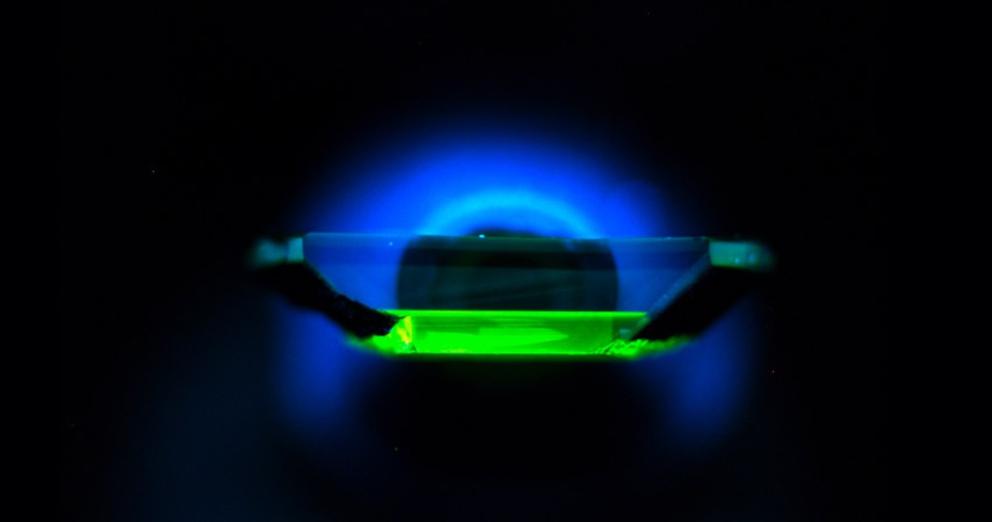 Synthetic Diamonds Could Be Used To Make A Quantum Internet

Scientists have discovered how to create artificial diamonds that are a cut above the rest and ideal for use in quantum computers. Researchers say these new artificial diamonds are better than other synthetic diamonds because they can store quantum information for a long time as well as transmit it clearly more clearly.

The new designer crystal is described in detail in the July 6 Science magazine and could be a key building block in building a quantum internet. A futuristic communications network like a quantum internet would allow people to communicate using supersecure messages and interface with quantum computers around the globe.

The latest synthetic diamonds can also serve as a quantum storage thanks to a flaw in its carbon lattice where two carbon atoms are replaced with on noncarbon atom and an empty space. The pairing of the atoms results in a quantum property known as spin which puts them in either an "up" state, a "down" state or both at the same time. Each state reflects a bit of quantum data or qubit which is then encoded in light particles or photons that travel through fiber-optic cables.

Related coverage: <a href="https://thegoldwater.com/news/29559-Smart-Home-Devices-Are-Being-Used-For-Digital-Domestic-Abuse">Smart Home Devices Are Being Used For Digital Domestic Abuse</a>

To achieve the qubit-storing diamond defect, nitrogen atoms are used which can store quantum data for milliseconds and milliseconds are a relatively long time in the quantum realm. The only problem is nitrogen atoms can't communicate that data very clearly. The atoms emit light particles at a broad range of frequencies which disrupts the quantum information being written into the photons.

Defects achieved with silicon atoms are capable of emitting light with a little more accuracy but haven't been able to store qubits for longer than several nanoseconds at a time. The reason for this is the electrical interactions they share with nearby particles which disrupts the stored qubits.

The title is about the internet but the article talks about computers.

Silicon is mention at the end of the article with no connection to the diamond.

Jimbo's traps are in a quantum state of flux.

If you observe them,They have male or female genitals, but unobserved, they have both!