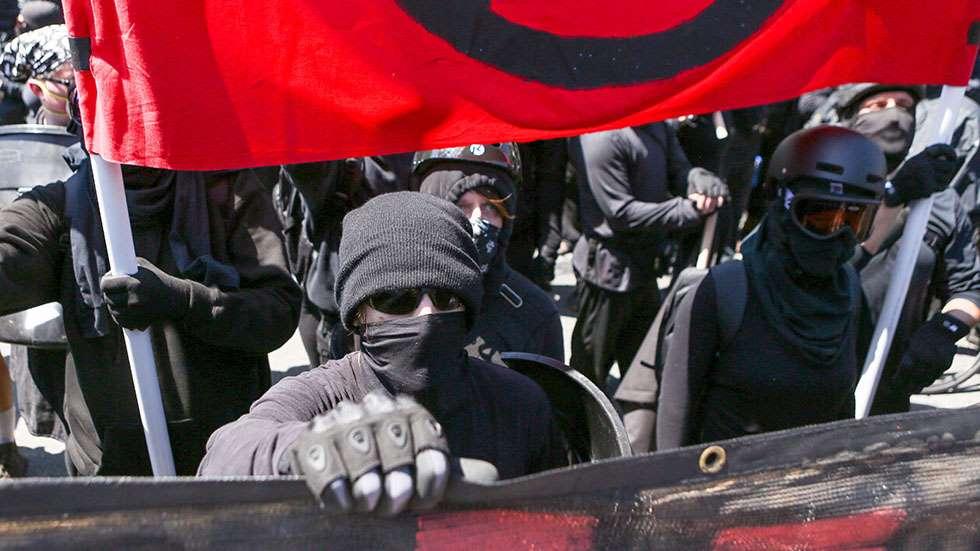 After the recent displays of violence, physical attacks, arson, and violent protests by the group of radicals calling themselves Antifa, legislatures have been working to hold these criminals accountable and their efforts have finally born fruit in the form of the "Unmasking Antifa Act".

Related coverage: <a href="https://thegoldwater.com/news/27881-Oregon-Antifa-Patriot-Prayer-Duke-It-Out-In-Portland-Video">Oregon - Antifa, Patriot Prayer Duke It Out In Portland (Video)</a>

The bill was first introduced in the House last month but stalled until Tuesday after media personality Mike Cernovich brought renewed attention to the bill and urged his followers to call their representatives and "let them know what you think".

Those involved with Antifa have been caught on video arming members with knives and guns and organizing violent protests. Usually, Antifa shows up with their identities hidden behind masks leaving a trail of vandalism and violence in their path. If you have never seen the type of crazy people behind the masks here is an undercover report by Steven Crowder which catches Antifa members organizing a violent protest and distributing guns and knives.

The "Unmaking Antifa Act" was sponsored by Republican Rep. Dan Donovan (N.Y.) and is co-sponsored by GOP Reps. Pete King (N.Y.), Paul Gosar (Ariz.) and Ted Budd (N.C.). The new legislation could see those Antifa members who are convicted face up to 15 years in prison.

They are terrors. If illegals deport them. 15 year is a slap on hand. Death if investigation is proven guilty. Send message.

Damn Skippy! It's about time these morons get slapped where it hurts. Put them in prison to bend over for the soap.

It's about time something is done about these monsters…..they are dangerous. Add obama's favorite group to that too….black lives matter….

Antifa is being hunted anyway……Might as well make it legal.

Too light death penalties and bounties.

It seems people still are unaware the KKK had its roots in the Democrat Party. America's first Progressive (i.e. Liberal) President, Woodrow Wilson was a great admirer of the Ku Klux Klan, and lent a line from his own textbook A History of the American People to D.W. Griffith's movie Birth of a Nation.

I know a lot of BS information but actually the Nazi movement, the KKK and Antifa are all liberal violent tools and fools.

Should we wait for Terrorist to dress like Antifa and murder our citizens in mass?

Many states already have such laws.

I remember back in the Early 70's Portland OR. arresting a guy for wearing a Richard Nixon Mask.

BTW: Many have felt that ANTI-FA is a Terrorist group, much like the KKK and a slew of other radical groups the Liberals have used every election.

An what Anti-FA (Terrorists-r-Us) in the next 5 to 10 tears will become, once they become teachers, administrators, lawyers, local and state judges, gain political power and make deep inroads in Government.

Some one need to deploy an indelible Ink/Paint Spray cannon to MARK every Masked Violent Protester for detainment, ID'ing, questioning, and a crisp mug shot.

why did Kyle say 'legislatures' instead of 'legislators'?

just make it simple no masks or hoodies are lawful to wear at any protest! plan and simple! now if u can get the feckless congress to pass it!

I hope that people start paying more attention to this. I was a clueless bartender who dated the wrong person and made an antifa chick jealous. All of a sudden my face was everywhere, being called a nazi. It ruined my life. I can’t find work and I have children to feed.

These people are delusional and feel that they have absolute freedom to destroy anyone’s life. The anonymity is pure cowardice. They deserve more that 15 years.

That's terrible. I can't see things getting better. These people are programmed for absolute destruction and are completely void of reason.

15 years at club med anymore, it's a joke. They deserve life at the least. Also what are they going to be when they get out? Nothing but hardened criminals! Then what good will they be for society?

WHY give antifa demonstrators 15 yrsin prison? Just shoot them.

Wow that was strange. I just wrote an very long comment but after I clicked submit my comment didnt appear. Grrrr well Im not writing all that over again. Regardless, just wanted to say excellent blog!
[url=https://www.guccioutlets.cc/category.php?cPath=11]cheap gucci wallets[/url]