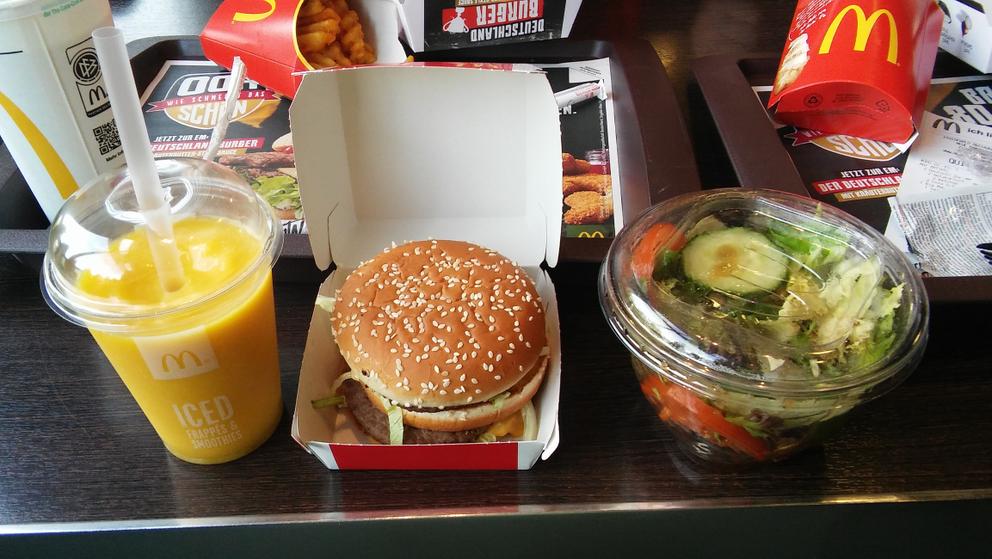 Health officials from Illinois and Iowa said on Thursday that they are investigating outbreaks of a parasite that causes intestinal illness and might be linked to McDonald's salads.

Illinois is reporting 90 cases since mid-May. Iowa has registered 15 cases since late June. Illinois Department of Public Health, the illnesses have been reported across multiple counties in the state

The Illinois health department said in a statement: "The initial investigation indicates a link to consumption of McDonald's salads produced for McDonald's restaurants. Approximately one-fourth of Illinois cases reported eating salads from McDonald's in the days before they became ill.”

The Illinois health department is asking that anyone who has eaten a McDonald's salad since mid-May and suffered diarrhea and fatigue to contact a health care provider to be tested and get treatment.

Iowa health officials are asking the same of anyone who has developed symptoms after eating one of these salads since the middle of June.

A statement from the Iowa Department of Health said: "This summer there have been several clusters of Cyclospora illness associated with various foods that are commercially available. We're working with CDC, FDA, and Iowa to investigate multiple potential sources.

The parasite can be potentially dangerous because the cyclospora parasite causes intestinal illness as a result of consuming contaminated food or water.

The US Centers for Disease Control and Prevention said symptoms can start manifesting a week or more after consuming the parasite that may include diarrhea and frequent, sometimes explosive bowel movements. Those who are infected might also experience loss of appetite, weight loss, stomach cramps or pain, nausea, gas, and fatigue. Vomiting, headache, fever, body aches and flu-like symptoms can also take place.

The illness can last from a few days to a few months and patients might feel better, then get worse again. Patients can be treated with antibiotics.

McDonald's is cooperating with the CDC and US Food and Drug Administration in probing the outbreak. The fast-food restaurant has also stopped selling the salads in question at affected branches.

The parasite cyclospora is the same culprit behind an ongoing outbreak linked to recalled Del Monte Fresh vegetable trays. It is also connected to more than 200 illnesses in four states.

The parasite is also to blame for an outbreak in Texas, although officials have not yet established. what's making people sick there.

McDo should pay up! so irresponsible for a corporate giant!