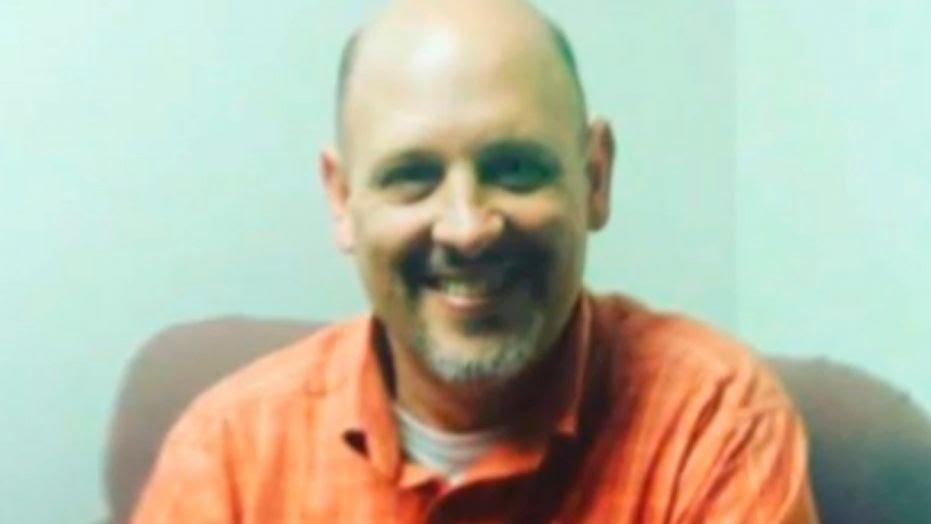 51-year-old Timothy O’Connell, the Associate Director of Campus Ministry at Villanova University, was arrested by law enforcement after a several-months-long investigation into a network of pedophiles who were sharing the disturbing and graphic imagery of prepubescent children across the country.

The investigation dates back to February, where Justyn Perez-Colon, an associate of O’Connell, was involved in the transmission of child pornography to an undercover Federal Bureau of Investigation (FBI) Agent.

On February 5, 2018, an FBI Agent acting in an Undercover Capacity (hereafter referred to as Online Covert Employee or OCE) responded to Craigslist Advertisement 6476475998, which was posted in the Casual Encounters section of the Philadelphia Craigslist site.

The advertisement itself was horrendously graphic and appalling, according to the FBI.

"KIK crazycock213 and email me I'll send my number looking to share real incest stories fetish stories underage pedo stories I have real experiences and pictures but enjoy talking to those about their fantasies hmu anytime Kik or email for my number and maybe we can link up,” Justyn Perez-Colon said to the FBI Agent

The undercover FBI Agent then responded to the advertisement by sending a message via Kik to the user, "Crazycock213,” in which they began a series of messages.

It's important to show the public the mentality of the pedophiles who molest children, and their deviations from decency that could allow them to engage in such behavior.

Note that all grammatical errors are as they were sent between the undercover FBI Agent and the pedophile suspect.

FBI: “hey man, saw your post on CL looking for sick pervs. What sort of stuff you into?”

FBI: “same here. Boys, girls, or both? How young you like?

FBI: “- nice. I'm more into boys, but don't mind girls. I kinda prefer 5 and up. You got any experience”

Crazycock213: “I used to fuck my brother and I have two sons ima start playing with soon”

FBI: “So how are you going to make your boys don't say anything when they're a little older?”

Crazycock213: “haven't thought of it yet”

FBI: “lol I need to be more like you I guess. I just need to go for it”

Crazycock213: “So I'm staying with and old girlfriend and she has a lil girl want me to send a pick of her with my cock”

FBI: “man, I don't want you to get caught doing anything! Have you done stuff with her before?”

FBI: “whatever happened with that lil girl you were staying with??”

At this point, the affidavit says that Justyn Perez-Colon, under the username "Crazycock213,” sends a horrendously graphic picture of a female toddler, one and a half years of age, sitting on the floor looking up at the camera as his penis is visible in the picture.

Clearly knowing that they were dealing with a deviously perverse pedophile, the FBI began to pressure Justyn Perez-Colon to expose their identity.

FBI: “Shit man, that for real?? No offense, but tons of guys out there trying to pass off web pies as their own stuff. Can you send me a pic of you holding those pajamas or something?”

Attached to the message, Perez-Colon transmitted an image of what appears to be the same toddler female, sitting clothed in a chair next to an adult female. The image appears to be taken by someone sitting on the bed next to the chairs, as reported in the affidavit.

It gets worse from here, with the affidavit saying that Justyn Perez-Colon, under the username "Crazycock213,” then sent an image of the genitals of the one and a half-year-old girl.

In the image, Perez-Colon’s hand can be seen pulling back the diaper of the one and a half-year-old girl, exposing her genitals for the camera, in an up-close picture.

I realize this is incredibly graphic, but it's important that people understand just how deranged and dangerous these animals are.

I'll stop there in regards to the case of Justyn Perez-Colon. Below are the sworn affidavits and case files from that particular trial, which would lead authorities to find O'Connell.

There's also a detailed description of the level of tracking required to hunt down Justyn Perez-Colon in the case files, explaining the immense amount of research that has to be done to uncover these types of monsters.

For those unaware, Kik is a mobile messaging platform which allows users to have private or group chats where they can exchange text, images, or videos.

Court affidavits show that the transmissions to the FBI Agent occurred on the application popular amongst pedophiles, Kik, in which led to the arrest of Justyn Perez-Colon.

During the execution of search warrants on the home of Justyn Perez-Colon, the FBI seized multiple electronic devices, including mobile phones, where they located illicit files and videos of prepubescent children engaged in forced sexual relationships with adults.

By finding a Gmail account associated with O’Connell on Perez-Colons iPhone, authorities were able to track down his location.

On Tuesday, the FBI executed a search warrant on the Drexel Hill home of O’Connell, his two personal vehicles, as well as his offices at Villanova University.

O'Connell was taken into custody by the FBI, where he confessed to having received the sexually explicit materials from Perez-Colon, as well as having claimed that he was sexually attracted to a 3rd-grade female who he babysits.

Some of the transmissions between O'Connell and Perez were graphic, as reported by FBI Special Agent Daron Schreir in a sworn affidavit, with the same child which the FBI was sent during the undercover investigation into Perez-Colon.

O'Connell told Perez-Colon in their private messages both, “Cool. She is cute,” as well as calling the one and a half-year-old girl “Very hot. Yes very nice,” as reported by<a href="http://www.foxnews.com/us/2018/07/13/villanova-ministry-director-facing-child-porn-charges-called-naked-toddler-girls-hot-police-say.html"> Fox News</a>.

While I've yet to see any case files from O’Connell’s upcoming prosecution, I expect we will eventually be able to examine the full contest of messages shared between himself and Perez-Colton.

It's even more disturbing knowing that Perez-Colton is a “parent,” engaging in this type of behavior with children living in his home and that O'Connell is a widely-known Villanova University employee who works in their “ministry” divisions around young adults.

When your school’s religious services are hiring pedophiles engaged in the sexual attraction of children in diapers, it's no doubt time to re-examine your hiring practices.

Again, while it's not the fault of Villanova in any way, it is a rude awakening in how deep PedoGate actually is, rooting itself into every aspect of our society.

Timothy O'Connell, according to investigators, would use prepaid phones to engage in the illicit transmissions of child pornography in order to hide what he was doing from his family.

The FBI says several others were sent the same videos and images by Perez-Colton, but as of now, the highest-profile individual we've seen arrested is Timothy O'Connell, although this clearly is not a closed-case.

<b><i>Title 18 U.S.C. § 2252(a)(2)</i> prohibits a person from knowingly transporting, shipping, receiving, distributing, reproducing for distribution, possessing, or accessing with intent to view any visual depiction of minors engaging in sexually explicit conduct, or produced using a minor engaged in such conduct, when such visual depiction was either mailed or shipped or transported in interstate or foreign commerce, or in or affecting interstate commerce, by any means, including by computer, or when such visual depiction was produced using materials that had traveled in interstate or foreign commerce, and any attempts to do so.</b>

We know that Villanova, however, has a history of employing pedophiles who have faced similar charges for child pornography.

In January 2017, a longtime Villanova professor, Christopher Haas, was found dead two days before he was to begin serving a 20-month federal prison term for child pornography charges, as reported by the<a href="http://www.philly.com/philly/news/Villanova-prof.html"> Philly.com </a>website.

That death was ruled a suicide.

The school has since issued a statement on O'Connell, as well as suspending him as a result of this arrest. There is no word as to whether that suspension is with or without pay.

O'Connell has worked for Villanova for the last seven years, suggesting that he's had a multitude of students under his grasp.

As of now, O’Connell is set to be arraigned on federal charges, but if you or anyone you know has any additional information about O’Connell or Perez-Colon you're urged to contact the FBI at 251-438-3674 where you can assist in bringing down vicious pedophiles who would threaten society.

The case is grotesque, no doubt, and we hope to see all involved brought to justice.