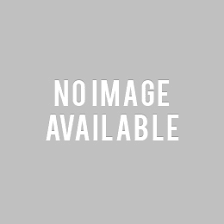 After receiving widespread backlash, Scarlett Johansson has announced she will no longer play a trans male character in the upcoming film Rub and Tug. The casting decision prompted backlash after Johansson was selected to portray Dante "Tex" Gill, a crime kingpin who was born a woman but identified as male. Johansson said in a statement, "In light of recent ethical questions raised surrounding my casting as Dante 'Tex' Gill, I have decided to respectfully withdraw my participation in the project."

The casting decision angered a select few social justice warriors who complained that a "cis" actress shouldn't be allowed to assume the identity of a trans person even in as an actor. Unfortunately, the SJW movement is vocal enough that the negativity reached Johansson who decided to opt out of the role due to the backlash. Toxicity abounded from social justice warriors like Jen Richards, a transgender writer, who called Johansson's decision to opt out of the film "in the spirit of generosity". First of all, when a leftist extremist prevents another person from working, there is a problem with the movement because no one has the right to do that.

"I am going to take Scarlett Johansson at her word that she listened to feedback, realized that despite her intentions this was going to cause harm, and made the right decision to step down," Richards wrote in a tweet. "Well done." This is just one example of the toxicity of the left. The idea that they can interfere with the lives of those who they don't agree with and its justified is so hypocritical. Where is the outrage at the gay men who played straight men, or the gay women who played straight women? Is being transgender a license to enforce your own ideas onto others?

Johansson's statement continued, "I have great admiration and love for the trans community and am grateful that the conversation regarding inclusivity in Hollywood continues. While I would have loved the opportunity to bring Dante’s story and transition to life, I understand why many feel he should be portrayed by a transgender person, and I am thankful that this casting debate, albeit controversial, has sparked a larger conversation about diversity and representation in film."

Johansson also brought attention to a decline in LGBT characters in major films in her statement. "According to GLAAD, LGBTQ+ characters dropped 40% in 2017 from the previous year," she said. "With no representation of trans characters in any major studio release. My production company, These Pictures, actively pursues projects that both entertain and push boundaries. We look forward to working with every community to bring these most poignant and important stories to audiences worldwide."

I don't get it. She has a mental illness called Hollywood mindset. What's the problem of a woman wanting to portray a man who wants to be a woman? Oh that's right she is an actual egg maker that can actually get impregnated.

Given the major backlash Hollywood has suffered in recent years and dropping viewer numbers with deep $$$$ losses.

She likely figured out…. The age old saying.

Be neutral. Be safe.