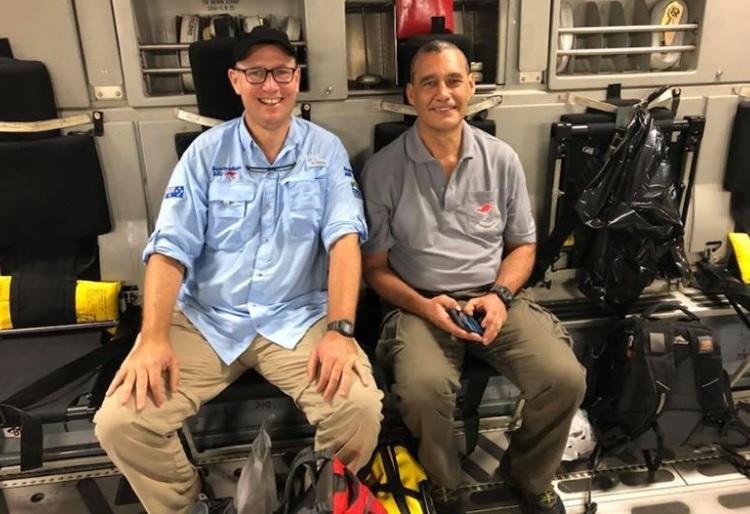 A diver who aided in the weeks-long rescue operation to free a Thai soccer team from a flooded cave has revealed a crucial element to the boys' survival. Craig Challen is a retired diver from Perth who aided in the operation along with an anesthetist from Adelaide named Richard "Harry" Harris; both men played a key role in the boys' rescue with the aid of divers from across the globe.

After the successful rescue of the soccer team and their coach, Challen and Adelaide returned to Australia where they recounted the rescue operation. The two men were still in disbelief over the miracle rescue and said the boys were medicated to the extent "they didn't know what was going on". Challen added, "They had drugs. We could not have panicking kids in there, they would have killed themselves and possibly killed the rescuer as well."

Related coverage: <a href="http://thegoldwater.com/news/30872-Thailand-Thais-World-Erupt-in-Jubilation-for-Successful-Rescue-of-All-Boys">Thailand - Thais, World Erupt in Jubilation for Successful Rescue of All Boys</a>

One rescue diver from Britain initially said the boys were given ketamine, but Thai Prime Minister Prayuth Chan-O-Cha corrected the diver's statement and said it was an anti-anxiety medication. The Prime Minister added that the boys were still conscious during the rescue. "Who would chloroform them?" the Prime Minister said. "If they’re chloroformed, how could they come out? It’s called anxiolytic, something to make them not excited, not stressed."

The British diver was adamant that he got the drug correct. "I was told the boys were given a dose of ketamine," he said referring to the drug used to tranquilize horses among other things including recreational use. An American diver involved in the operation said the "kids were proper knocked out." Yet another diver named Fernando Raigal of Spain said, "The boys were sedated — they were unconscious."

Harris shared his emotional account of how the rescue operation went down saying, "I feel like it is the first opportunity to really stop and reflect on the extraordinary events of the past eight days since Craig and I were deployed as a small AUSMAT team to the rescue in Chiang Rai in Northern Thailand." Harris called local and British divers as "the awesome foursome" for their success laying the groundwork to ensure the grueling mission would succeed.

"They had already been doing the most extraordinary dives through the cave and laying the very robust rope which made all subsequent dives to the soccer team not only possible but safe," Harris recounted. "The efforts and skill of these guys in blazing this trail cannot be underestimated. The 4 Brits then did further supply dives to the soccer players, the coach and the four Thai Navy Seals which allowed them to prepare and sustain themselves for the rescue ultimately."