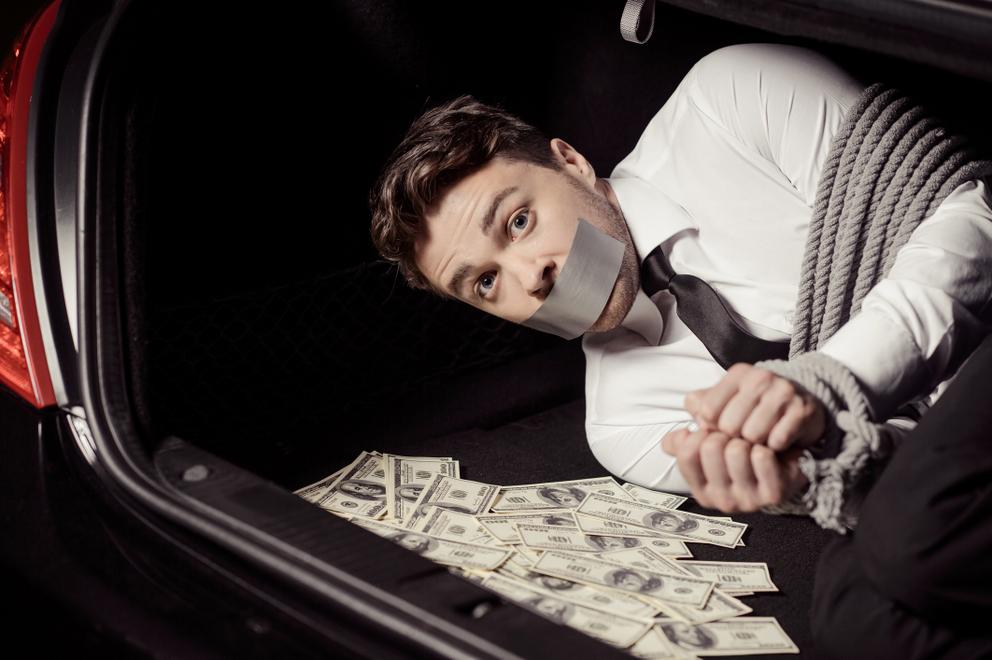 A Mumbai man was so unhappy with his marriage that to escape from his wife and mother-in-law, he staged his own kidnapping.

The 30-year-old businessman, who lives with his in-laws, told his wife and mother-in- on June 29 that he was traveling to Karnataka for a business trip. He was scheduled to return in a week but didn't return.

Then on July 11, his mother-in-law was surprised to receive a message on WhatsApp claiming the businessman had been kidnapped. The message included a photograph of the man, gagged and tied to a chair. The mother-in-law and wife went to the police to report the matter and ask for assistance.

A police officer who handled the case raised suspicions on the way the man was tied to the chair in the photo.

Investigators followed the man in his supposed business trip and they started tracking the man’s mobile phone. The phone’s location registered in Ratnagiri district, not Karnataka as the man claimed.

Then on July 12, the team discovered that the ‘kidnapped’ man was staying with his sister. The investigators suspected that the man did not let his sister in on the kidnapping plan.

The man had been married for a year. It is his wife’s second marriage.

The Andheri-based man later admitted to the police officers that it was his unhappiness with his marriage that drove him to stage his own “kidnapping.”

A police officer said:“He claimed that they (his wife and mother-in-law) used to torture him and snatch the money which he earned from his business.”

It is not clear if the man will face charges for what the stunt he pulled off. The police said they have counseled the man and brought him back to Mumbai on July 13.

It is not clear if that means he’ll continue to be stuck in an unhappy marriage, or if he’ll finally initiate a legal process to get out of the said relationship.