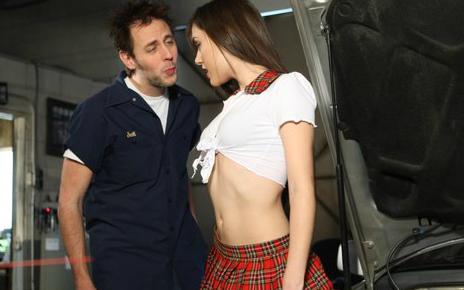 Hypocrisy Abounds As The Gunn Goes Off

First off, to explain, this article is not about James Gunn. Yes, James Gunn and his tweets are central to the story, but it's really more about double-standards and hypocrisy. When public opinion struck, James Gunn was fired in a hurry and Disney made a public statement explaining how his tweets "indefensible and inconsistent with our studio’s values." Evidently, Disney values are "don't be publicly embarrassed" because it has nothing to do with his thousands of comments sexualizing children. Joel Iwataki still works for Disney. He most recently was in the credits of Incredibles 2 despite being charged with "lewd and lascivious acts with a child under 14" back in 2013. He's worked on several Disney projects since then. Evidently, child molestation and creation of child pornography are completely in line with Disney's "values."

This history of Disney rewarding child abusers goes pretty far back as well. Victor Salva raped young boys for years and then created child pornography from the exploitative acts. He received a three-year sentence of which he served 18 months. Victor Salva made Powder for a Disney owned company. One of the raped boys stood outside the opening of the Powder premiere with a sign picketing.

Disney doesn't care who gets raped so long as they aren't financially inconvenienced.

"Mundane Matt" Jarbo was on the Ralph Retort recently defending Gunn. Someone asked if he would let Gunn babysit his own child. Jarbo's response was that he would as there's no evidence. Oh, you mean like how there was no evidence about Kevin Spacey despite his rape of young boys being old news for decades when nothing was said apart for a one-off joke on Family Guy? There was no evidence Harvey Weinstein was a rapist either, once again, apart from some jokes by Seth MacFarlane. I don't know if Gunn has any skeletons in his closet, but I'm still pretty sure, just to be safe I wouldn't allow him around children.

After Bryan Peck was convicted on two counts of sexual abuse of an underage star he worked with at Nickelodeon he was hired by Disney upon release. Once again to work in the vicinity of children on Disney's Yay Me! and The Suite Life of Zack & Cody.

Evidently, a good enough portion of potential Disney and Marvel viewers considered "jokes" about child rape to be abhorrent. By Gunn's own logic he should have been fired. The mainstream media, meanwhile, is painting the story as a group of "cybernazis" and "white supremacists" forming an outrage mob on Twitter. To be fair, it certainly doesn't escape me that many right-wingers are pulling the classic SJW move of getting someone fired over a Tweet from years ago.

"Mundane Matt" Jarbo, meanwhile has appeared on multiple live streams and released a couple videos about Gunn, most recently: "Why Disney should rehire James Gunn." If the tables were turned, I argue James Gunn would not support the rehiring of James Gunn. There are multiple tweets where he supported "outrage mobs" firing people for saying "abhorrent" things or anything that cause their employers embarrassment.

Now, "investigative journalist" Mike Cernovich has also written about this, but Cerno is not to be trusted in my opinion. He has an Alex Jones-ian tendency to embellish the truth until it's own mother wouldn't recognize it. Here's an example from his Gunn exposé:

“Watching Trapped in the Closet, R Kelly’s second best video after the one where he urinates on a child.”

This doesn't sound like an admission of actually watching the R. Kelly video. It sounds more like an ex-Troma employee's fail attempt at edgy humor. The insane amount of repetitive jokes involving child molestation is distasteful and in light of his connection to alleged child pornographer Huston Huddleston may

Now, of course, I don't believe in guilt by association, but these types of people in Hollywood tend to run in packs. I find this next portion from Cernovich's article very interesting, he says:

"At worst Gunn shared child pornography. At “best,” he is close friends with [sic] pedophile."

Well, that's very interesting to me considering the fact that Cernovich (who was accused of rape in 2003) is friends with at least one person who is alleged to be a child molester. None other than Alan Dershowitz. Dershowitz said no one outside of his family read his book drafts before they were published… outside of billionaire pedophile Jeffrey Epstein of Lolita Island/Lolita Express (in)fame.

It was Dershowitz who was responsible for the unprecedented sweetheart deal in the Epstein case that gave instant immunity to any co-defendants of Epstein. Gee whiz, that sure is convenient.

Dershowitz was rumored to have <a href="https://electronicintifada.net/blogs/rania-khalek/how-alan-dershowitz-bullied-rape-victims-protect-serial-child-molester">bullied defendants</a> in the case who were underage rape victims at the time that he would have first come into contact with them.

Another woman has <a href="http://www.dailymail.co.uk/news/article-2921637/Alan-Dershowitz-denies-underage-women-Epstein.html">claimed that Dershowitz engaged in sexual acts</a> with her when she was an underage escort for Epstein.

<blockquote class="twitter-tweet" data-lang="en"><p lang="en" dir="ltr">It&#39;s very helpful that less than 24 hours after notifying people that I think Bumbling Ben Shapiro is a moron, he decides to show the world he&#39;s a daft hypocrite who is merely a desperate never trumper owned by corporate interests which do not desire actual capitalism or liberty. <a href="https://t.co/dCV8a2mCKo">pic.twitter.com/dCV8a2mCKo</a></p>&mdash; Styxhexenhammer666 (@Styx666Official) <a href="https://twitter.com/Styx666Official/status/1020681779483725824?ref_src=twsrc%5Etfw">July 21, 2018</a></blockquote>

Dershowitz took part in a smear campaign, uncovering anything in their social media that could be used to intimidate or embarrass them such as references to marijuana or alcohol use. This information was compiled into dossiers and offered to police and the state's attorney office.

One of the underage girls who threatened him with rape was <a href="http://www.talkleft.com/legal/janedoered.pdf">stalked by private investigators</a>. The girl, a high school student at the time, claimed one of the investigators posed as a police officer while questioning her.

The Guardian obtained a letter from Dershowitz to the Palm Beach Police Department that included a copy of the girl's MySpace page highlighting "her apparent fascination with marijuana" also pointing out that she was "an accomplished drama student, might try to mislead [investigators] as successfully as she had misled others."

Dershowitz <a href="http://www.dailymail.co.uk/news/article-2921637/Alan-Dershowitz-denies-underage-women-Epstein.html">sued the lawyers of the girl</a> after they brought this up in court. Despite spending a great deal of time with Epstein at his home and on the Lolita Airline, he maintained he never even came into contact with any underage girls and didn't even like massages.

Cernovich is a close friend of Dershowitz and used similar means to possibly intimidate a witness of a rape he was nearly convicted of.

That brings up another point related to hypocrisy. The Daily Beast calls Gunn's firing a "disastrous win for right wing mobs." Yahoo news went so far as to claim in their headline it was only "white supremacists" who were calling for Gunn to be fired. I don't necessarily agree with crucifying someone over tweets, but James Damore, Roseanne and many, many more have been targeted by "left wing mobs" (I could go for hyperbole and call them all "Antifa" or "communists" but I have some integrity). The way people react to the "outrage mob" seems to change depending on what they, themselves, are outraged by.

There's hypocrisy on all sides in this story. My greatest fear is that resorting to SJW "shut it down" tactics will allow us to play into their hands. Just because "they do it too" doesn't give us license.

I certainly believe Disney was within their rights to fire Gunn out of embarrassment, but I find it despicable that they are fine with working with convicted child molesters. While Cernovich and his ilk are hunting down distasteful tweets I've seen no one calling for Joel Iwataki's job.

Priorities, they're kind of a big deal.