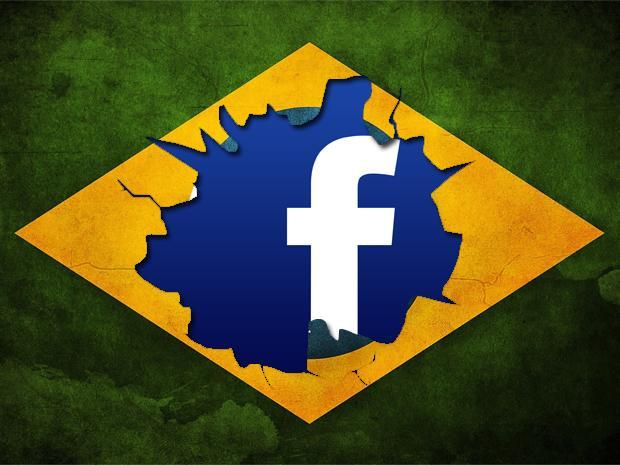 Facebook is back at their censorship of right-wing groups on its platform after taking down a network of pages and accounts associated with a right-wing Brazilian activist group. Just as we predicted, Facebook is using its "crack down" on what it calls "misinformation" as a political weapon to silence their opposition. Brazilian elections are coming up in October, just when political campaigns are most important.

Facebook issued a statement saying it banned 196 pages and 87 accounts for being part of "a coordinated network that hid behind fake Facebook accounts and misled people about the nature and origin of its content, all for the purpose of sowing division and spreading misinformation." Facebook's statement did not identify which pages or profiles it had banned. Sources told Reuters the network that was targeted by Facebook was run by senior organizers from Movimento Brazil Livre (MBL), also known as the "Free Brazil Movement."

MBL issued a statement of their own on Twitter confirming its organizers were targeted in the ban wave. The Free Brazil Movement first gained traction in 2016 as it led protests demanding the impeachment of former President and leftist Dilma Rousseff. MBL called out Facebook for their bias in blocking several organizers without giving any explanation.

The statement from MBL read, "Freedom of expression and democracy are pillars of the MBL. We will use all of the legal, political and media resources offered by democracy to recover the blocked pages and undo this persecution."

Related coverage: <a href="https://thegoldwater.com/news/30551-Facebook-Apologizes-For-Flagging-Declaration-Of-Independence-As-Hate-Speech">Facebook Apologizes For Flagging Declaration Of Independence As "Hate Speech"</a>

A federal prosecutor attempted to hold Facebook to account by calling on the social media giant to disclose the pages and profiles it had banned. The prosecutor also demanded the justification for each, and he wants it within 48 hours. Of course, Facebook has stonewalled MBL and declined to respond to the prosecutor's request. The combined followers of the pages are said to be over half a million ranging from general news feeds to political and conservative profiles.

what do you expect from Jew-owned businesses, fairness? Jews did 9/11. Jews attacked the USS Liberty murdering and maiming many. Jews lied about "the holocaust". Hitler gassed no one! do a net search for JEW " Barbara Specter" and you will see a video of this nasty new admitting that JEWS are behind the migrant invasion of white countries.

The owner of facebook needs to start being held accountable for their obvious bias! Wait till the elections in November, I'll bet they shut down all the rights sites they can. Actually they've already started!