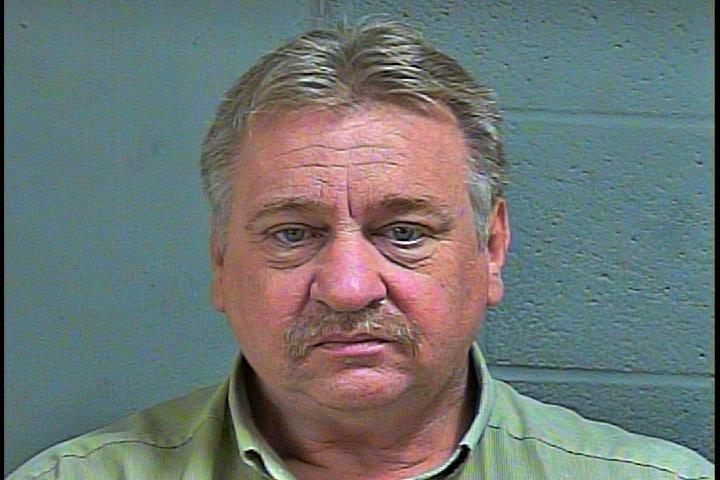 Law enforcement in Moore, Oklahoma says that a notorious pedophile, a former Head Start bus driver who had outstanding warrants for child pornography, was shot by police at a local 7-Eleven station.

The case begins with the driver of a children's transportation bus for the Oklahoma City Head Start and Community Action program, Brian Richardson, having been at the home of a female friend.

That woman, whose relationship to Richardson remains unknown, discovered child pornography on a mobile device belonging to the suspected pedophile that he left at her home.

As she glanced through Brian Richardson’s phone attempting to find a means to contact him and return his device, she was shocked to discover child pornography.

She claims that she picked up the device, and the application popularly used by pedophiles, Kik Messenger, was open.

“She opened the Kik application and found images of children ranging in ages from infancy to teenage years engaging in sexual acts,” court documents stated.

Brian Richardson had pictured of infant babies, all the way up to the age of teenagers, on full display on his device, inside the Kik Messenger app.

The court documents also state that “Richardson drives a bus for the Community Action and Head Start Program year-round, picking up children and dropping them off,” according to<a href="https://kfor.com/2018/07/18/former-oklahoma-city-bus-driver-under-investigation/"> local news affiliate KFOR Channel 4</a>.

That woman then contacted the Oklahoma City Police Department, who reached out to parents at the Head Start facility Richardson drives for, only to find that Richardson had exposed his genitals to at least two prepubescent children back in April.

"He had warrants for child pornography, aggravated and indecent exposure," Lewis said.

This stunning information led to the Moore Police Department being contacted by the OKC Police, and a warrant placed for Richardson’s arrest; for both the indecent exposure towards the two children, as well as the aggravated possession of child pornography.

Sgt. Jeremy Lewis of the Moore Police Department said that officers went to the home of Richardson, only to be told that he had just left to head to the nearby 7-Eleven.

As officers traced the route of Richardson, they saw his vehicle outside the gas station.

The officers then parked their patrol car and were attempting to serve a felony warrant for indecent exposure to children and aggravated possession of child pornography on Brian Richardson at the 7-Eleven near Fourth Street and Telephone Road in Moore, when the deranged pedophile attempted to attack them.

As officers began to make an approach towards the pedophile, Richardson reached into his pockets and pulled out a knife, threatening that he would murder both of the officers and everyone within the building.

That's when police say that Richardson made an attempt to lunge at officers outside the facility, and they had no choice but to open fire, striking him several times.

"As they approached the suspect, which I guess they'd been looking for him all day, he produced a weapon which was a knife. One officer fired on him," Sgt. Lewis said.

Even after being shot, the suspected pedophile then fled the scene, leading officers on a foot pursuit around the back of the 7-Eleven building, where he was tackled to the ground by the responding officers.

Emergency medical responders were then dispatched to the scene and immediately transported Richardson to a nearby hospital, where they performed life-saving surgery on the suspected pedophile.

Richardson will be taken into custody as soon as he's released from the hospital, Sgt. Lewis says, where he remains in serious but stable condition as a result of the gunshots.

Authorities are also now seeking information related to the suspected pedophile, and believe that in his long career if working around children that there could be additional victims.

With the children that Richardson drives to and from the Head Start facility being so young, it's possible too that the suspected pedophile has committed similar crimes of showing them his genitals, or even child molestation, and that the children have yet to tell their parents.

If you or anyone you know has children who attend the Head Start and Community Action programs, you're urged to talk to your child, and then contact either the Moore Police Department at 405-793-5171 and ask for Sgt. Lewis, or to call the Oklahoma City Police Department at 405-231-2121 or by visiting the<a href="https://www.okc.gov/departments/police/report-a-crime"> OKCPD website</a>.

While authorities did the right thing in this situation, it would have been no doubt less expensive for taxpayers had Richardson not survived the shooting, albeit the victims wouldn't have their opportunities to testify in open court.

Again, the Kik Messenger application has been tied to another pedophile, which for some reason seemingly<a href="https://thegoldwater.com/news/31348-Homeland-Security-Busts-Pedo-Who-Made-Child-Porn-with-Teen-Fianc-s-3-and-9-Year-Old-Sisters"> attracts child pornography obsessed perverts </a>on far too many occasions.

The <i>hero Officer</i> who fired his weapon on the pedophile, Brian Richardson, has since been identified as Lt. Chris Maddocks, a 21 year veteran of the Moore Police force. He was not injured and is on administrative leave pending the investigation.

<i>Lt. Maddocks, thank you,</i> because this is the closest thing to justice any of Richardson’s victims will ever see.

This is one of the many reasons that the general public should contact their elected officials and demand a return of capital punishment to those who would sexually exploit, molest, or harm children.

I have been forced to defame myself by metrosexuals. Metrosexuals force me to spread lies about myself and call myself a paedophile

Too bad that sick SOB lived!

The article on Brian Richardson is full of LIES! I suggest you start fact checking and double checking your facts before printing anything!

IF your writer would have done his homework then he would have discovered so many false claims in this article.

The article on Brian Richardson is full of LIES! I suggest you start fact checking and double checking your facts before printing anything!

IF your writer would have done his homework then he would have discovered so many false claims in this article.