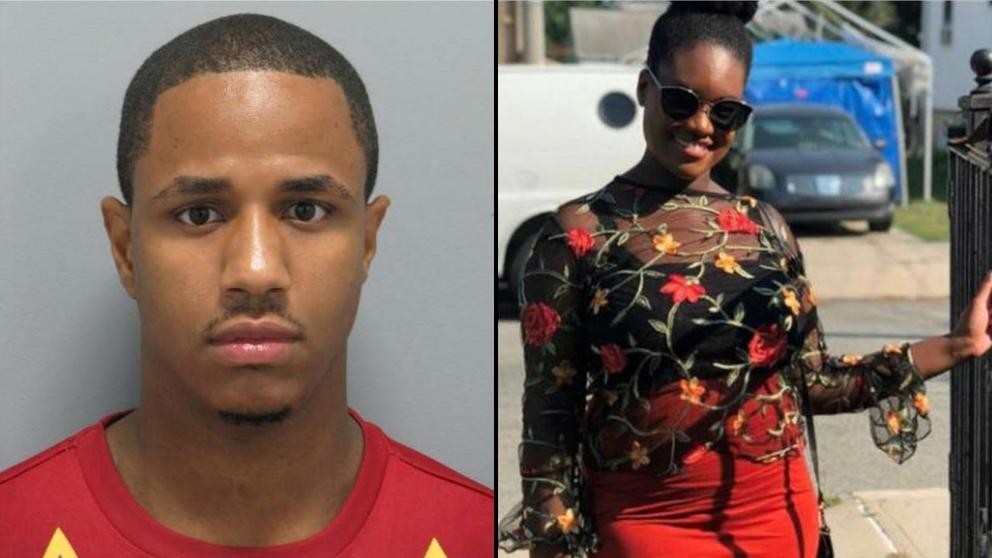 A suspect wanted for killing a nurse in Queens was arrested as he was in the process of murdering another victim. Officials say detectives are also investigating the man's claims that he was involved in seven more murders. Police arrested 27-year-old Danuel Drayton of New Haven, Connecticut in North Hollywood, California and his bond was set at $1.25 million. Drayton was wanted in connection to the murder of 29-year-old Samantha Stewart, of Queens, New York.

When police arrived at the scene, Drayton was in the middle of raping another woman in her own home. Authorities charged Drayton with rape and attempted murder for trying to kill the woman. Stewart was a registered nurse at North Shore University Hospital and was found dead inside her home July 17. Investigators say Stewart was likely strangled to death due to trauma to her neck and head.

Drayton has been on a crime spree for some time; he is also wanted for an unrelated rape that took place in Park Slope Brooklyn several weeks earlier. Police say the investigations into both crimes culminated in Drayton's arrest and say he used dating apps like Tinder to meet Stewart and his other victims. Although there is no evidence to corroborate Drayton's claim of committing seven other murders, detectives are taking the claim seriously and investigating nonetheless.

Drayton's arrest was the result of a largescale NYPD investigation that included a detailed look into information from his encounters on Tinder. He was also arrested for attacking his ex-girlfriend in Inwood Park in Nassau County on June 16. In that case, he was charged with criminal trespass and strangulation, but the judge allowed him to be freed much to the dismay of prosecutors.

A spokesperson for the judge who freed Drayton said, "Mr. Drayton did not have a prior criminal record and had not been indicted. It would have been impossible for the judge at that time to foresee the allegations that are presently unfolding." Drayton's latest charges include attempted murder, rape, penetration with a foreign object and false imprisonment. Authorities are extraditing him from Los Angeles to New York where he will answer for the murder of Stewart.

Isnt this their Culture an sheeit?

Send him to a state down South to be prosecuted! Please! I'm afraid if you bring him back to NY he may go free! With Gov Cuomo releasing all those felons back into the NY population and the Mayor of NYC who panders to criminals, logic and respect for the law seems to be in short supply in my state. NY will look like SF soon if people don't wake up. NYC is home to some of the most brilliant minds on the planet. How can this be happening? My city is being killed by the far left! I ask again, how can this be happening to NYC? Pray for us!

These damn judges who set bond for someone like this need not to be judges and should be prosecuted for any crimes scum like this guy commit! We need to start holding these corrupt judges accountable!

Tinder Box is all about screwing.