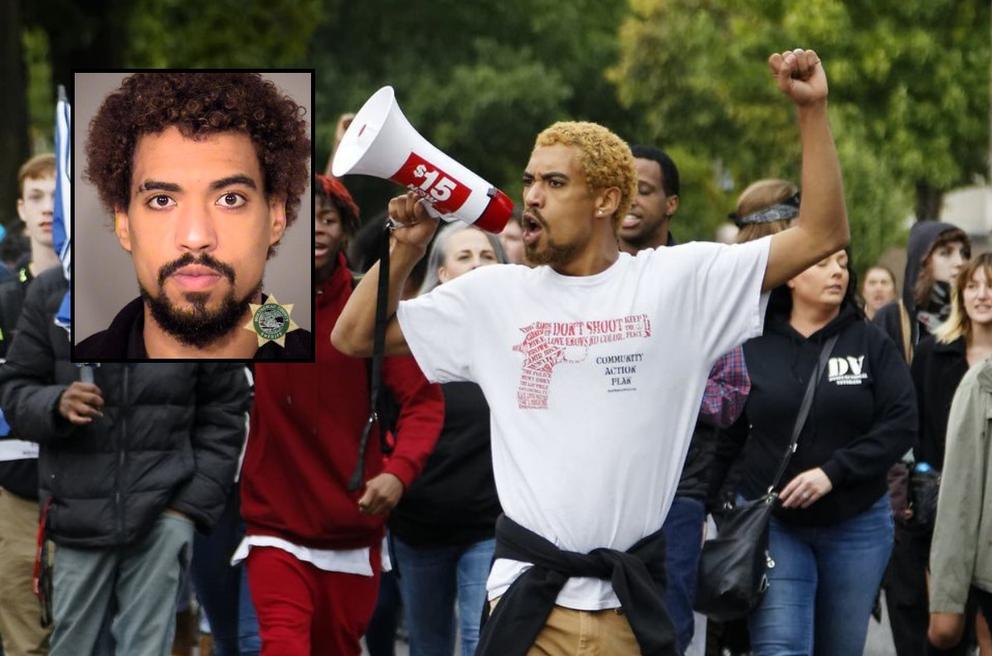 The leader of the #OccupyICE protests in Portland, Oregon has been jailed again for violating his terms of probation by having contact with minors. It is ironic that the leader of a group protesting children being separated from their families is himself barred from having contact with children. The probation violation stems from a conviction earlier this year for three counts of second-degree sexual abuse of a minor.

24-year-old Micah Rhodes was ordered to stay away from anyone under the age of 18 after his conviction of sexual abuse of a minor after having illicit sexual contact with a 17-year-old girl in Washington County and a 17-year-old boy in Multnomah County. The crimes were committed in 2014 and 2015 when Rhodes was 20-years-old. Both Washington County Circuit Judge Janelle Wipper and Multnomah County Circuit Judge Jerry Hodson decided not to sentence Rhodes to the mandatory minimum 2 to 2 1/2 years in prison as the state guidelines mandated.

Instead, Rhodes was set free with five years of probation that featured an extensive list of conditions, including being barred from contact with minors without prior authorization by his probation officer. Rhodes was arrested Wednesday and booked into the Multnomah County Detention Center for being in the presence of children. He is set to appear before Judge Wipper on Wednesday and if the judge finds he violated the terms of his probation, Rhodes could be facing his original prison sentence of two-plus years.

The exact details of the probation violation that sparked Rhodes' arrest are not clear since court papers did not contain details. However, a YouTube video posted by blogger Robert West on June 22 shows Rhodes protesting outside the U.S. Immigration and Customs Enforcement field office in Southwest Portland. The video's title alleges Rhodes was in contact with children by being at the protest.

The video was taken after Rhodes was sentenced in May in Washington County but before he was sentenced in Multnomah County. At Rhodes' sentencing hearing in Multnomah County, he claimed to be committed to following his probation guidelines. "I have atoned for what I’ve done," he said. "I've acknowledged that I made mistakes. I reported them myself." Rhodes told the court he has a new home, a good job, and a drive to help people. "That’s what’s important to me. It’s the only thing that’s important to me," Rhodes said to the court.

It is amazing that the liberal city of Portland doesn't give sex offenders prison time but there are people sitting in state prisons for marijuana charges.