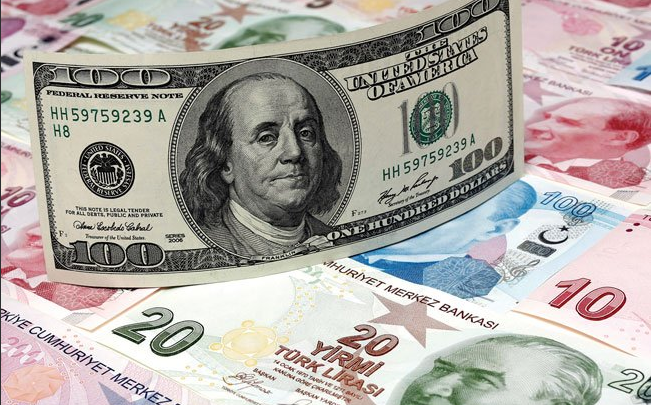 The Turkish government is slowly starting to realize the cost of not complying with the White House’s demand to release US Pastor Andrew Brunson as the Turkish lira dropped to a record low today (a sixth day of straight declines).

Whilst you may think the two are not directly connected, economic commentators on all major business channels agree that the US imposed sanctions on Turkish government personnel as a result of the Pastor Andrew Brunson case and the US State Department’s quote that it would be ‘reviewing further measures’ was more than enough for international investors to pull out, leading to a bloodbath on Turkish currency markets versus both the US Dollar and the Euro.

By this evening in the Middle East, when Turkish social media commenters came home from work and read the economic news, there was only one thing trending in Turkey, and it is still in the top 10 worldwide. It is ‘dolar 5.28’ and reflects the sorry state of affairs for the Turkish currency which has seen a major markdown ever since US President Donald Trump’s tweet on 26 July: “The United States will impose large sanctions on Turkey for their long-time detainment of Pastor Andrew Brunson, a great Christian, family man and wonderful human being. He is suffering greatly. This innocent man of faith should be released immediately!”

International investors, seeing the carnage that the White House administration has imposed when it comes to Chinese tariffs, has no doubt Turkey will suffer a similar fate should it not imply with the demand of both VP Pence and POTUS to release Mr Brunson. Given the size of the Turkish economy versus the US one, there is no doubt who has the upper hand.

The problems have in fact now become so stringent that the Turkish central bank has started to intervene to support its own currency as it loses against both the Euro and the Dollar, saying it would provide $2.2 billion of liquidity to its country’s banks by morning.

To give you an idea of how much Turkey has lost, you had to pay 3.8 Turkish lira for a dollar at the beginning of the year. By this evening it is 5.28 or a 20% increase on all US or European products. Turkey has a population of some 80 million people.

The economic loss over its refusal to release Pastor Brunson at this point is several billions of dollars.