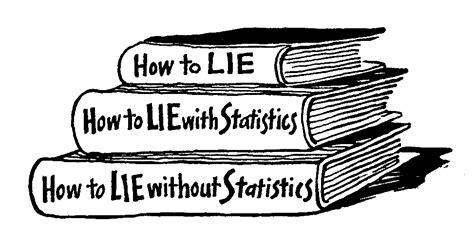 A whopping 24 million Americans agree with the "Alt-Right" according to a study touted by Vox. Well, that's what they claimed for a few hours before it was corrected. The most recent version of the article states that it's 11 million people. That said, what exactly are they defining "Alt-Right" as?

Jordan Peterson claims that white nationalists are dangerous and deluded clinging to "unearned identity." Peterson has also claimed that the reason why Jewish people are over-represented in important areas like law, medicine and academia is because they have higher average IQ (turns out that's a fallacy, by the way, but that's neither here nor there). All this makes the hard-line "Alt-Right" types steer clear of "Alt-Lite" types like Peterson. Alex Jones is and always has been a staunch Zionist but that doesn't protect him from being called an anti-Semite and "Alt-Right" personality by certain folks.

Family Studies that claims "roughly 5.64 percent of America’s 198 million non-Hispanic whites have beliefs consistent with the alt-right’s worldview. Whether or not they would describe themselves as alt-right, Hawley argues, they share the movement’s belief in a politics that promotes white interests above those of other racial groups."

Here's a thing, by the way, tribalism exists and not just in white people. I personally believe it's nepotism and strong in-group preference, rather than simply "higher IQ and better work ethic" that has led to Jewish dominance of academia, Hollywood and the news media as well as over-representation in representative government. And honestly, what is wrong with wanting your tribe to not only survive and thrive? When blacks or Latinos or any other group come together to attempt to improve their overall living conditions it's lauded and applauded but for whatever reason it's just not ok for white folks to be concerned about their ethnic integrity and survival as a race.

http://archive.is/TX2QU">24 million rather than 11 million</a>. And how did Hawley decide who was secretly "Alt-Right?"

To get around this problem, Hawley decided to measure polling on three different metrics that were more about identification with whiteness than anti-minority sentiments."

Wait, so you don't have to be anti-minority to be racist now? All it takes, evidently, is being pro-white. Geez, I didn't get the memo. Better sign up for my KKK hood immediately now that I've learned that being pro-white makes me a deplorable racist.

If you spend any time at Twitter or (God forbid) Tumblr, you'll see so much naked rage against cisgenders, heterosexuals, whites and male. Lord help you if you're all four. Calling white people an "abomination" saying the race should be "abolished" will get you on the front page of your university's newspaper or get your book published by Harvard, meanwhile just thinking that all this hatred against whites might be a bad thing evidently makes you a racist? Seems they're trying to push their hand a tad too far on this.

I'm also honestly wondering if it was an honest mistake broadcasting the "24 million" figure before the correction or if this was blatant, race-baiting fake news.

What a bunch of BS.

Who listens to "alt-right"? I listen to what's right. The problems with the left falls in their belief that figures never lie, but liars figure. In other words spin your interpretation of what is said to convey your ideological point. Attack the straw man you create in your mind and to hell with the truth.

Whites are going to be wiped out. Sarah Jeong openly states she wants whites to be wiped out. Establishment paper New York Times employs her to write editorials, which shows you where the powers that be stand on this issue. In fact, a US Senator, Brian Schatz, agrees with Sarah Jeong that whites need to be wiped off the face of the earth. twitter dot com/ brianschatz/status/1025577455971647489

It's extremely problematic when a US Senator with power over military and law enforcement states he agrees that whites need to be wiped out.