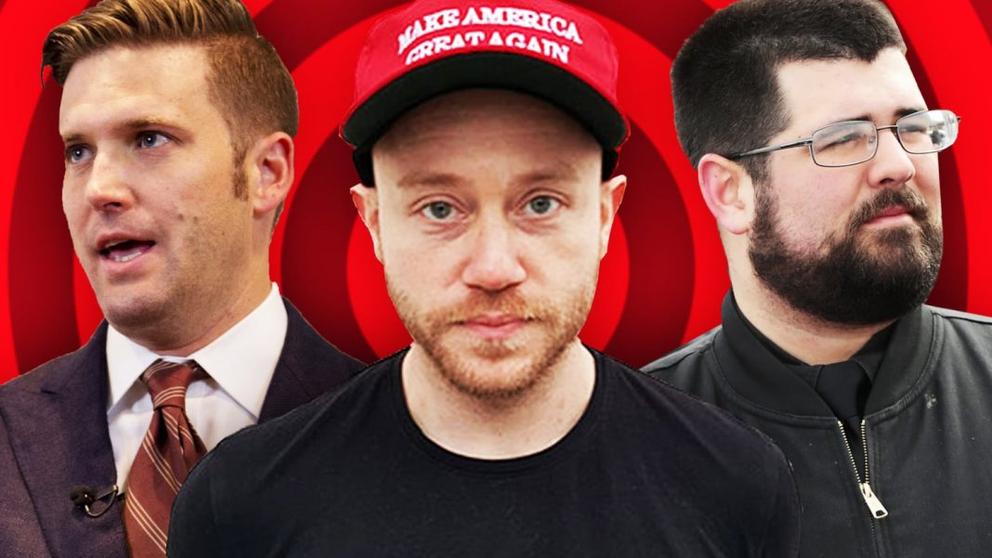 I just finished watching the MAGA Opus documentary, fairly short at about an hour long and though there wasn't much I wasn't already specifically familiar with, just having the highlight reel queued up was very telling. <a href="https://www.bitchute.com/video/9okVyk3jqEJK/">The doc itself</a> opens with Matthew Heimbach of the Traditional Worker's Party (TWP) talking about "all the movement had accomplished" thus far. It should be plain from the get-go, that the Traditional Worker's Party has its roots in Duginist Stalinism as well as the idea of the proletariat's party which comes straight from Bolshevism.

Aleksander Dugin, founder of the so-called "4th path" ideology is more than a Stalin apologist though. He dabbles in Crowleyan Occultism. Dugin is an obvious influence on Richard Spencer, who coined the term "Alt-Right." The Duginist/Russian influence of the Alt-Right is echoed in the mantra of "Russia is our friend," being shouted during the tiki torch march at Unite the Right in Charlottesville. "Russians are our Christian brothers," Heimbach of the TWP said.

Sadly, many people first grew interested in the Alt-Right out of frustration with the traditional mainstream conservative party. Republicans, that Grand Old Party has become no more than corporatist Neoconservatives. The Neocons by the way, have their roots in Trotsky. So even on the right wing, two of the major choices are "tankie or Trotsky." The doc catches some extraordinarily telling moments such as that time that Richard Spencer spoke of Alt-Right as a "revolutionary movement that is analogous to the Bolsheviks."

The Occult connection is weaved through and through. I noticed that the Eurasian Youth Union political party symbol is no more than the 8 pointed arrow that has been used as the symbol for Chaos magick for decades. Then there's Baphomet showing up on Dugin's daughter's Facebook. Daria Dugina, by the way, is an influential member in the Duginist-Stalinist "4th path." There's also mention of the "Southerner" from Florida, Augustus Sol Invictus, the goat-sacrificing Alt-Right figurehead who admitted on Red Ice that his name was not just occultic, but Thelemic in origin bringing us back once again to Aleister Crowley, "the Great Beast."

Strange bedfellows is another theme brought up again and again. Faith Goldy and the Rebel are taken on, "We're all basically Zionists," Gavin McInnes says to Faith Goldy, who is "for the one-state solution." Daily Stormer coming to the aid of Yair Netanyahu, Prime Minister Benjamin Netanyahu's son. Some of the Alt-Right figures in the documentary feel Israel should support nationalism, this is likely wishful thinking. Considering the USS Liberty false flag or the many times that Israel has either stolen military secrets and sold them to China or other nations or just took the military secrets and technology we freely share with our "ally" in the Middle East it should be clear that any idea that our best interests are of any interest to the Zionist propaganda and war machines should be literally laughable at this point.

"The Alt-Right is the new left," another great gem from Spencer. "I hope it is a beginning of a new world order" being another great one, but for sheer shock value, there is so much worse. The video exposes the misogynist Andrew Anglin and how he has tried to advance the hateful idea of "White Sharia" to make women no more than possessions. The abundance of Men Going Their Own Way (MGTOW) themes espoused by the Alt-Right is no doubt an important part of the psyop. Any man interested in paternal rights is automatically a Nazi in the minds of the Buzzfeed readers and with folks like Anglin out there saying the edgiest, most ridiculous things he can think of the image of "white male who wants equal treatment under the law" is tied indelibly to that of these racist trolls.

With patterns of behavior like this, it shouldn't be surprising then that Chris Cantwell advocates for domestic violence in certain circumstances or that Andrew "weev" Auernheimer (the Jewish man LARPing as a Nazi who has called for the death of Jewish children) would advocate for child marriage. This folds into Richard Spencer advocating for "ethical child pornography" a la Twitch streamer/YouTuber Destiny.

Eli Mosley, Elliot Klein, The Right Stuff, exposed as a liar about his "war record" Pennsylvania National Guard. Mike Enoch and The Right Stuff are Jim Goad, Stefan Molyneux, Roger Stone and Donald Trump and others are briefly examined as well. At one point Stephen McNallen is on screen imploring all who listen to "stop punching right." Or "don't call out obvious enemy agents" as the documentary suggests to us. Recognizing divide and conquer is one thing, but not excising bad actors will come back to bite any movement.

‘HE WHO MOLESTS AND UNITES (COHABITS) WITH A CHILD IS UNWORTHY OF LIFE ITSELF AND ITS LAWS, AND SHOULD BE PUNISHED SO THAT HE WILL LOSE OF HIS LIFE. LIKEWISE, HE WHO INDULGES IN INCEST IS THUSLY AND SHOULD BE TREATED LIKEWISE. HE WHO COHABITS WITH AN ANIMAL IS LIKEWISE UNWORTHY . Phoenix Journals

Dugin is the only true right wing philosopher currently alive.

the Alt-Right are IN THE RIGHT. we are conservative, national socialists not commies.

Who gives a shit what they call us. We love and protect our families and our country. You might as well be talking about what ammunition we prefer.

I am an American patriot. Take your dumbass over to the real communists in this country aka democrats.

I gave this article a chance, even after you failed to connect antifa to the tiki torch buffoons, but when you start with the Israel hatred, I know this is division propaganda. I will take note of the author, and be sure to avoid you at all costs.

I gave this article a chance, even after you failed to connect antifa to the tiki torch buffoons, but when you start with the Israel hatred, I know this is division propaganda. I will take note of the author, and be sure to avoid you at all costs.

Horrific intertwining occult with politics. It will fail because it must.