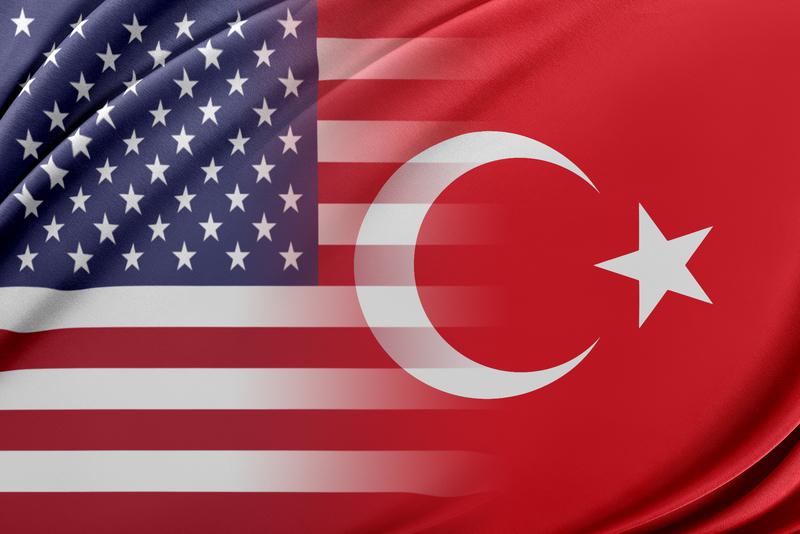 The tariff threats by US President Donald Trump on Turkish steel and aluminum were met by Turkish President Erdogan today with a slew of import taxes to be slapped on US goods: 120% on cars, 140% on alcoholic beverages and 60% on leaf tobacco. Given the size of Turkey’s economy, their subsequent share of US trade and certainly the relative importance of alcoholic drinks in a Muslim country (consumption of alcohol is forbidden in Islam), it is mostly seen by international investors as a symbolic response.

Much more important for the rebounding of the Turkish lira today was the central bank’s decision, headed by the finance ministry of Mr. Erdogan’s son-in-law, to limit the amount of currency foreign banks can exchange on Turkish soil, thus, in essence, putting capital controls on the banks' operations.

Mr. Erdogan has called investing into dollar or euros ‘giving in to the enemy’ in one of his many speeches given since the lira tumbled furthering his diplomatic spat with the US.

Related coverage: <a href="https://thegoldwater.com/news/33636-Pastor-Andrew-Brunson-Erdogan-They-Have-Dollars-We-Have-Allah">Erdogan: They have dollars, we have Allah</a>.

There was consternation at the beginning of the year when US President Donald Trump responded to North Korean threats by stating that the ‘button’ on his desk (to launch nuclear missiles) was bigger, but a few months later most analysts agree that it was exactly this type of language which in the end brought Mr. Kim Jung-Un to the negotiating table (for the first time).

The US-Turkey spat revolves around American pastor Mr. Andrew Brunson, imprisoned without proof in Turkey as the Erdogan regime rounded up anyone with foreign links in the aftermath of the failed 2016 military coup, which they blamed on a cleric living in the US, named Fethullah Gulen.

Turkish President Erdogan has, on several occasions, accused the US of trying to ‘bring Turkey to its knees through threats over a pastor’.

The difference for Mr. Erdogan is, of course, that Mr. Trump knows his strategy to work and that he is backed by a White House administration which didn’t flinch to levy hundreds of billions in tariffs on China.

In that respect and paraphrasing a famous quote from ‘The Godfather’ that Turkey is ‘small potatoes,’ it is our guess that Mr. Trump will have no problem sticking the knife even deeper if he feels it is necessary.

Although it is naturally understandable that Mr Erdogan needs to look tough both for his own supporters and in the face of growing Turkish opposition, given that there is no internal voice of criticism in the US over Mr. Trump’s actions against Turkey thus far, it is understandable that the manoeuvring room for Mr. Trump is far greater, whether Turkey is a NATO member is of no concern.

And thus, we forecast that Turkey will release Mr. Brunson in the end, but do not expect Mr. Erdogan to give up without a fight.