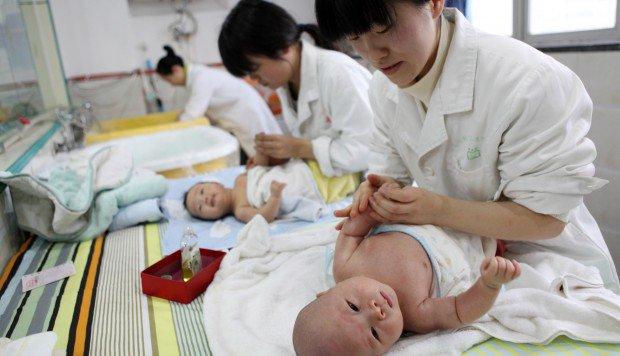 From a strict one-child policy for almost 40 years, China has made a drastic turn-around and the Asian superpower is now taking an aggressive campaign to compel families to have more children out of fears of the dire impact of an ageing society. One proposal, however, is causing an uproar among its citizens.

Many Chinese have raised their objections to a proposal to tax all working adults aged under 40 and to put the money into a “reproductive fund” to reward families who have more than one child.

Said proposal happens to be the most controversial among a series of measures pitched by two academics from the prestigious Nanjing University. Some are slamming the proposal for being reminiscent of the way the Chinese government controlled population through an iron fist rule many years ago.

Critics are saying that both the old policy and new proposal violated basic human rights. The old policy introduced in 1979, people were fined if they bear more than one child. There were horrific cases, too, where women were forced to have abortions or sterilization procedures.

These days, couples in China can have two children but the birth rate is falling alarming officials. Beijing is worried that an ageing society can result in a shrinking workforce which, along with a falling birth rate could create a demographic time bomb.

A proposal to tax all working adults aged under 40 – with the money going to a “reproduction fund” to reward families who have more than one child as subsidies – has caused an uproar in China.

Marriage rates are also falling in China. Even experts and fellow academicians find the idea of a reproductive fund through taxes “ridiculous.” Huang Rongqing, former head of the population and economics institute at Capital University of Economics and Business in Beijing said: “The choice of whether or not you have a baby is a family’s decision to make. We can encourage people to have babies with incentives but not by forcing taxes on everyone. This would be a violation of human rights, just like it was when we used to limit the population.”

what do you expect? name everything ridiculous, china has it!