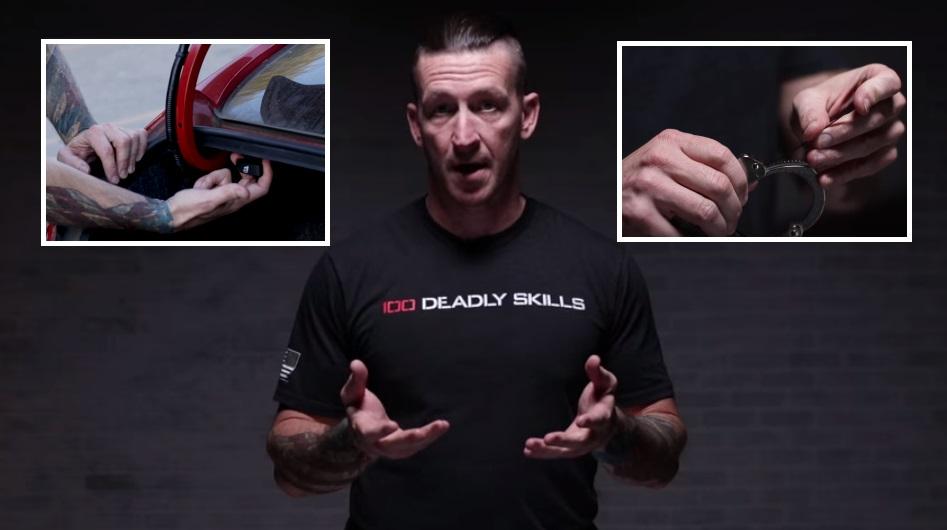 Many people drift through life going about their day-to-day activities without a second thought to what is going on around them or the potential danger that is constantly lurking. Retired U.S. Navy Seal Team SIX member Clint Emerson set out with BuzzFeedBlue to create a video that could help inform people of the dangers one might encounter in daily life as well as how to escape them.

Related coverage: <a href="https://thegoldwater.com/news/30563-Navy-SEAL-Dies-in-Heroic-Attempt-To-Save-Thai-Boys-Trapped-In-Cave">Navy SEAL Dies in Heroic Attempt To Save Thai Boys Trapped In Cave</a>

You may think that you will never be the victim of a violent mugging, a kidnapping, or a home invasion, but the reality is that these crimes are taking place every day across not just North America but around the world. Emerson stresses the importance of presenting yourself with confidence and keeping your head on a swivel at all times. Always be aware of your surroundings.

In the event that you are kidnapped, criminals often throw their victims in the trunk of a car, sometimes the victim's own car and being able to escape a trunk may save your life one day. Emerson breaks down the different ways of escaping a trunk based on what year the car was made. Models before 2008 are more difficult and require manual manipulation of the locking mechanism while vehicles made after 2008 have interior release buttons for the trunk.

Related coverage: <a href="http://thegoldwater.com/news/34253-ISIS-Sex-Slave-Met-Her-Captor-On-The-Streets-Of-Germany">ISIS Sex Slave Met Her Captor On The Streets Of Germany</a>

Another important skill that Emerson teaches viewers is how to escape restraints. Now, these could be anything from shoelaces, to duct tape, zip ties, or even actual handcuffs. He explains that carrying around a razor blade wrapped in duct tape in the sole of your shoe or even a handcuff key since all handcuff keys are universal may also save your life one day.

Emerson also demonstrates how to pick the locking mechanism of handcuffs and how to unlock them with other tools such as a seat belt or a bobby pin. He also touches on a method of survival known as T.E.D.D which stands for Time, Environment, Distance, and Demeanor. He goes into great detail about how each of these elements may also save your life one day.