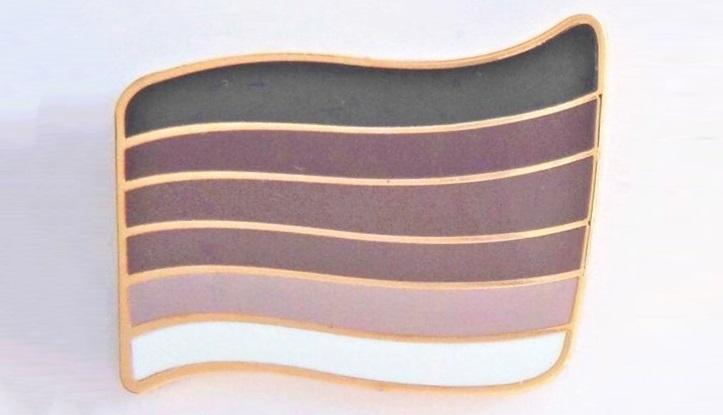 Yet another example of left-wing social justice identity politics contradicting itself has manifest, this time in the form of a "Straight Pride" badge being sold on Amazon. If it is appropriate for the LGBTQ community to celebrate gay pride with their own iconic logo, the rainbow flag, it should be equally appropriate for heterosexuals to celebrate their own sexual identity.

A seller on Amazon created a badge to celebrate heterosexual orientation and was immediately met with criticism, backlash, and accusations of mocking queer people.

Related coverage: <a href="https://thegoldwater.com/news/34812-Move-Over-MeToo-LGBT-Takes-the-Twitter-Limelight-With-MeQueer">Move Over, #MeToo, LGBT Takes the Twitter Limelight With #MeQueer</a>

Although the badge may look like an eyeshadow makeup palette, it seems to be encompassing people of all races from the lightest skin tone to the darkest. So why does the gay community have such a big problem with heterosexuals celebrating their own sexual identity?

The left-wing social justice warriors pride themselves in their perceived inclusiveness, yet when they react with outrage over the Straight Pride badge to the degree that Amazon decided to remove the product from its website, it reveals they are not truly inclusive at all. With gay people being inserted into every aspect of entertainment from comics to the big screen, audiences, for the most part, accept them, so why is it such a tall ask to be able to sell a Straight Pride badge for heterosexuals who are proud of their sexual identity?

The Amazon listing described the product as a "Straight heterosexual pride badge" and was listed for £4.50 or about $6 a piece. Amazon shoppers left 1-star reviews with comments such as "terrible" and "anti-LGBT". Another reviewer asked, "Does this come with a KKK membership?"

Why is being proud of being straight somehow instantly associated with white power, racism, and homophobia? Well, the answer lies in the hypocrisy of the far left vocal minority that is pushing their identity politics agenda. This is the same idiotic ideology that claims to support women yet bullies one out of an acting job when it involves playing a transgender person.

And all will have their say

Even the dull and ignorant

All sound and fury

The gay mafia has spoken. BFD

To hell with the fagots and I mean that literally! I'm sick of everyone kissing their sore asses! These people are perverted freaks that will suffer the ultimate punishment come judgment day. Their against God and nature and should get mental help and spiritual help!

Crazy times we live in. When I was in high school fags especially tranny’s were considered retarded as they are per science. Actually a birth defect but retarded fits. These types were not allowed around kids unsupervised let alone letting them adopt children! Now they are having women with dreams of bags o cash purging out little humans for the fuked up to fuk up. It’s child abuse and should not be accepted!

It is kinda ugly tho.

I'd buy one & wear it if the races & shades looked better.

I will buy many for me and all of my friends.

This article just confirmed the hypocritical view of the left specially the mainstream media.

You can attack Christians, republicans and anybody that is "Normal".