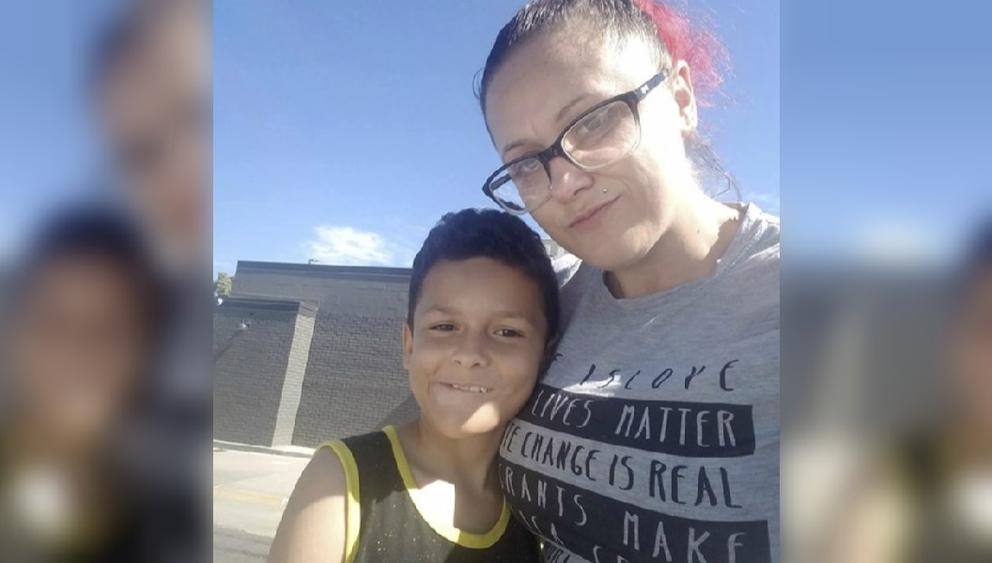 A tragic circumstance of a boy being bullied because he came out as gay ended with that boy taking his own life. 9-year-old Jamel Myles' mother said he was severely bullied after coming out as gay and is calling for an end to the type of torment her son faced. "Those bullies are the reason my son's not with me," his mother said. Leia Pierce continued, "My daughter told me, he came home and told her, kids at school were telling him to kill himself."

Pierce went on to describe her son Jamel Myles was "the kindest, most gentlest soul I've ever met." She said even when her son revealed he was gay to her she still told him she loved him. "We have to stop bullying and teach people it's OK to love each other," she said. "…We have to stop hating each other for differences, differences that make us equal and unique."

Pierce found Jamel's body at the Joe Shoemaker Elementary School in Denver on Thursday and was unable to revive him. A report from the Denver Office of the Medical Examiner said the Swedish Medical Center pronounced him dead and concluded the manner of death was suicide but did not involve a firearm. A day after Jamel's death, the school's principal sent a letter to parents that expressed "extreme sadness" over the "unexpected loss for our school community."

A follow-up statement released Monday said the district is "deeply committed to ensuring that all members of the school community are treated with dignity and respect, regardless of sexual orientation, gender identity, or transgender status." Pierce added, "My kids are just in the back seat playing around, and all of a sudden my son goes, 'I'm gay.' Everyone went quiet, you know, they thought he was playing. I looked back at him, and I was like, 'What?' And he goes, ‘I'm gay,' and I was like, 'I still love you.' And he smiled, and he said he loved me too, and we just kept going."

I want to point out an observation, but first I want to be clear that I don't want to criticize the boy's family or put any blame for his death on them. That being said, there is a push in the mainstream culture and media to normalize homosexuality and being transgender. I'm not saying that there is anything wrong with being gay or transitioning at all. But there is certainly a push to normalize it in everything from family-oriented television shows, movies, cartoons, books, comics, video games, and nearly all other aspects of popular culture is pushing an agenda that is having an influence on young children.

<a href="https://news.gallup.com/poll/183383/americans-greatly-overestimate-percent-gay-lesbian.aspx">A Gallup Daily tracking poll</a> found that 3.8% of the adult population identify themselves as lesbian, gay, bisexual or transgender, so why is there such a massive over-representation of LGBTQ in popular culture?

Whether it is parents suing to be allowed to give their 3-year-old hormones to help their toddler transition to the opposite sex, or Australia looking to pass new legislation that would remove the requirement to put a gender on a child's birth certificate, there is certainly an impact happening to children. When those involved in social justice constantly praise and idolize people who transition or come out of the closet, it presents an incentive for children to want to be more like what they are being told is heroic. If you or someone you care about is suffering from suicidal thoughts there is a 24/7 help line at 1-866-488-7386.

Mother of the year supports her son's desire to play doctor with the boys in his class. Obviously the classmates weren't so accomodating

White trash mom does what degenerates do, make sure their offsprog become drains on society. This one sought to self-abort is all

Good riddance to a half-nigger abomination like the one we just had in office.

Mental health was to blame! Parents are damaged and their offspring have to divert even further from the norm.

Wow! Hateful comments! Good article and good point. Noone should have to hide who they are and a trend towards understanding those out of the mainstream for whatever reason is well intentioned. But creating heros for our children based on sexual identity is ridiculous and harmful. Children are in process of growth in all ways and should not be so focused on their gender identity. Just be humans like what you like and avoid labels within self discovery.

The boy probably said that he was gay to gain acceptance from his progressive mother.

There is nothing progressives hate more than a straight male.

How would a nine year old know if he was queer or not.? This has no doubt been brought about by this mad gender bending nonsense that is so popular with the PC Morons who run the country these days.

When I was nine the last thing I thought about was what sex I am! This is a huge failure on the parents part and these schools allowing gays and cross dressers to come in with their evil nonsense and talk to children!

All you hateful people commenting on this story. You people have no idea what other go through in their lives regardless if it is a child or an adult. I lost a son to suicide 3 yrs. ago. Regardless of why they take their lives it is not the fault of no one even themselves. I hope one day none of you go through the pain of losing someone to suicide nor feel the need to take your own life. It is extremely painful for everyone involved including the person suiciding and by the way I also have another child who is gay and I Love her unconditionally. I don't give a rats ass what anyone thinks of my situation regarding my children . Until you have walked in my shoes keep your mouth shut. None of you know anything about that family I don't think any of you have a right to judge. Open your closets and see what wrongs you all have hiding. No one in this world is perfect.

Darwin's laws are rough on a pink hat like you. Best get back to your safety zone on reddit or www.whine.com

This is what happens when children aren't brought up in the fear and admonition of the Lord Jesus Christ. The only + to come out of this is all children go to Heaven upon their deaths. The mother better get saved right quick cause she's responsible for his death and she will be held accountable.

Saved the taxpayers a lifetime of mental health support, along with the costs of transition surgery, STD treatments and finally AIDS hospice care. Society dodged a bullet with the niglet checking out early