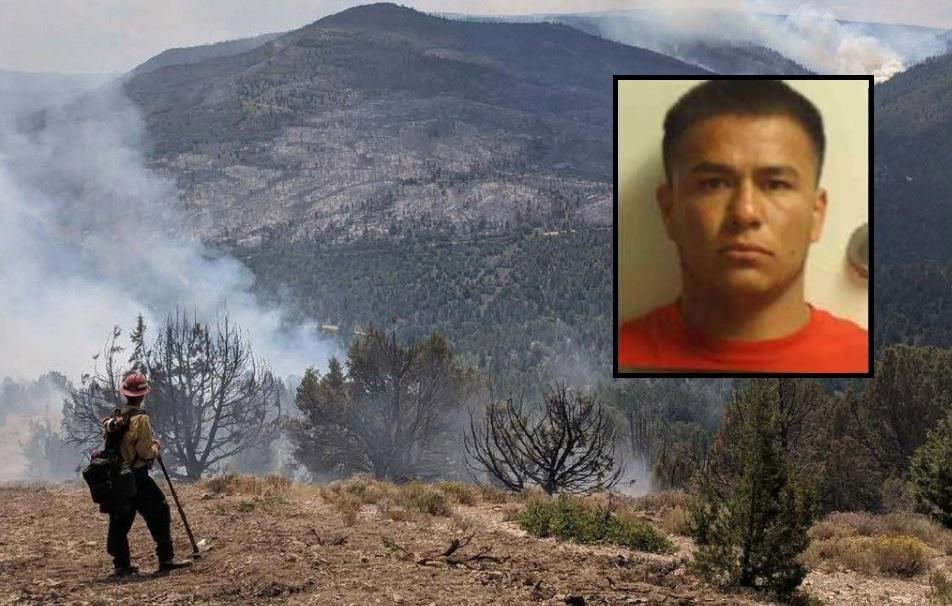 Prisoner Arrested For Raping Woman While Out Fighting Utah Fires

During the fire season, inmates from prisons are sometimes allowed out on work release to help fight fires. That is why an Idaho inmate was out of prison and was assigned to a work crew fighting a Utah wildfire. Now, that same inmate who was identified as Ruben Hernandez has been charged with raping a Coal Hollow Fire base camp worker.

The probable cause statement accuses the inmate of forcing his way into a woman's tent around 10 a.m. and began sexually assaulting her.

The inmate work release crews were helping to fight the Coal Hollow Fire which was burning southeast of Spanish Fork. The fire Coal Hollow Fire had been burning since August 4 and more than 200 people were assigned to aid in the firefighting operations. The fire would go on to devour nearly 30,000 acres but is currently around 80% contained, according to state fire officials.

After the sexual assault, the victim ran to the base camp's wash trailer and reported the rape to the police. She explained that the inmate had been flirting with her over the last week at the base camp. Thursday, the prisoner entered her trailer to ask for her phone number while she was watching a movie. The woman said she gave the man a friend's husband's phone number just "to get him off her back."

Just after asking the woman for her phone number, the inmate allegedly tried to force her to perform oral sex but she told him no. That is when she told police that he began to sexually assault her. She added that she didn't yell or fight back "because she knew he was a prisoner and did not want to get hurt."

Following the assault, the woman told a friend about the assault and they went to report the rape to the camp security guards. A guard took the inmate into custody until police arrived and arrested him. Friday, he was charged with first-degree felony rape and is being held without bond.