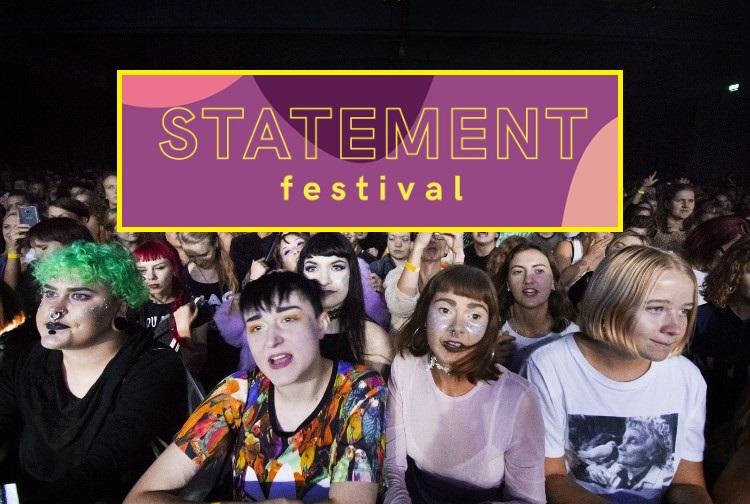 With legislators pushing for a law that would mandate a certain amount of women on each company board, it sure seems like the push for gender equality is being pushed behind reason. Why not hire the best, most qualified person for the job? Well, Sweden is taking this far-left ideology to their own extreme with a "Man-Free" music festival where "cis-gendered" males are not allowed. Cis-gender is SJW speak for "straight white male".

A 27-year-old festival attendee with long pink hair and purple lipstick said, "This festival was necessary because of everything that happened during festivals last year." The music gathering is held in Sweden's second-largest city of Gothenburg but the two-day Statement Festival does not allow men to attend. The group says the ban is the result of previous sexual assaults at an event last year.

There were four rapes and 23 sexual assault reports filed at Sweden's largest Bravalla Festival last year prompting that festival to be canceled this year. Swedish feminist comedian Emma Knyckare said, "What do you think about us creating an awesome festival where only non-men are welcome until ALL men learn how to behave?" A spokesman for the festival said "thousands" of women are expected to attend the festival.

Ironically, the festival bars not only men from attending but it prevents even male security guards from working the event. By advertising the event's security as "men-free", is it possible it will make this event not just less safe but also a target for criminals who know they are less likely to face strong resistance?

A 34-year-old performer apparently doesn't feel that way. She said, "This place feels like a safe-zone where women can just get together and have fun and celebrate … especially in light of the assaults that have happened at other festivals." By the way, if you were born a man but now identify as a woman you are allowed to attend, only men who identify as the sex they were born with are being discriminated against and barred from attending.