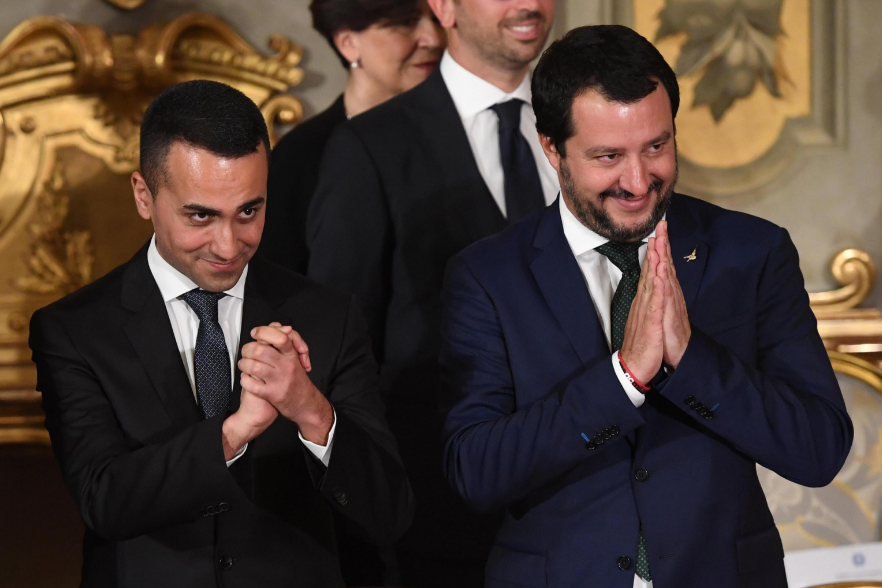 Italy - “Why Has Salvini Suddenly Become A Good Boy, A Teddy Bear?”

Mr Matteo Salvini, the de factor leader of Italy as after 100 days of his populist government everyone agrees that Prime Minister Conte does exactly what the Lega Nord leader says, has softened his tone when it comes to abiding by EU budget rules.

Italy is due to deliver it’s 2019 budget to the EU Commission and as one of the only nations with a public debt so high it is able to shake the Eurozone economy should it run into trouble, many are anxiously awaiting whether Mr Salvini will act on his previous threat to spend, spend, spend….

However, answering questions about it to La Republicca newspaper, Mr Salvini stated: “If we want to run the country for a long period we cannot blow up its public accounts.”

“Clearly we will not do everything in one shot, not even Italians expect that from us.”

Markets welcomed Mr Salvini’s softer tone and the spread on Italian government bond yields fell. However, investors are not out of the woods just yet as both populist parties (the Lega Nord and the Five-Star-Movement) have been making conflicting statements about their budget intentions.

Mr Francesco Galietti, a political analyst in Rome, said he assumed the coalition realized they could be in power for longer than the market initially assumed and therefore, in order to gain concessions from Brussels, their strategy will be negotiation rather than the incendiary speeches that Mr Salvini has seemed to favour.

“Why has Salvini suddenly become a good boy, a teddy bear? It appears a decision has been made to be pragmatic,” Mr Galietti commented.

“This is the first week all the leaders are back in Rome meeting each other, with proper briefings from their offices. The rhetoric we are seeing now indicates Italy does not want to antagonise Germany and Brussels in public.”

However, both Mr Salvini and Mr Luigi Di Maio, the Five Star leader have said the EU budget rules will not interfere with their electoral programme.