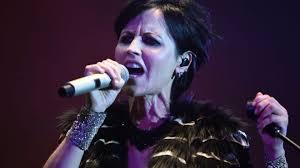 The coroner has made a final ruling in the death of Dolores O'Riordan. O'Riordan was the lead singer of the Irish group Cranberries. At one point, the presence of prescription medication led to speculation that O'Riordan was a victim of opioid overdose or even suicide. The latest from the medical examiner has her death ruled as accidental drowning due to alcohol intoxication.

Toxicology reports show the singer had "therapeutic" levels of medication in her system but that her blood alcohol content was somewhere around four times the legal limit. She was discovered in the hotel bathtub with her mouth and nose covered by the water and a bottle of champagne and several shooters and bottles of prescription medication nearby.

Shirley Radcliffe, the coroner, underscores that there is "no evidence that this was anything other than an accident." Radcliffe believes O'Riordan passed out while in the bathtub. She was dressed in a long sleeved vest and pajama bottoms at the time. Her mother, brother and sister attended the inquest which also revealed the final timeline. She had last contacted room service around midnight and phoned her mother at around 3 am. She was found unresponsive in the morning and confirmed dead at 9:16 am. She was described as living with bipolar disorder and struggling with alcoholism going through periods of abstention followed by binge periods.

O'Riordan was known for her distinctive singing style which made songs like Zombie, Linger and Dreams worldwide hits.

Murdered by the numbers.

In bath with clothes??? something screwball

What's the difference between and Irish wedding and funeral? One less drunk.