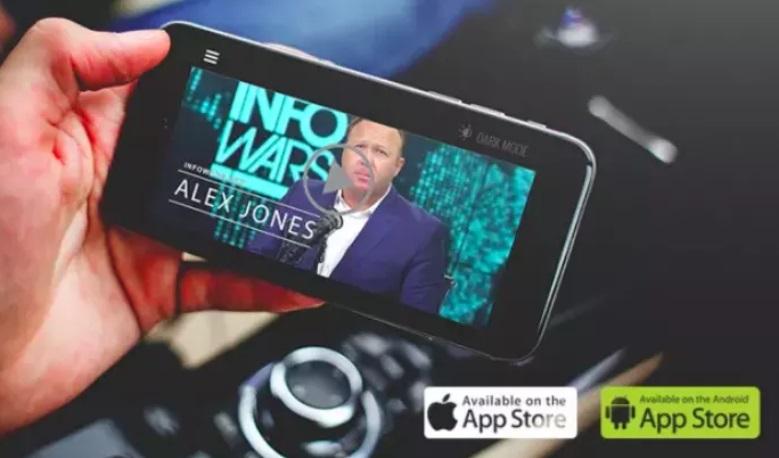 After a coordinated effort to deplatform conservative radio host Alex Jones by big tech companies including Google, Facebook, YouTube, and Twitter, Apple has joined in. After the move to censor Jones, the Infowars app shot to the top of the charts appearing above Reddit, Google and CNN's apps.

The coordinated effort to silence Jones only peaked people's interest in the conspiracy theorist, and now Apple has removed the Infowars app from its app store.

Related coverage: <a href="https://thegoldwater.com/news/36458-Twitter-Jack-Dorsey-Confesses-to-Unfair-Conservative-Censorship-We-Are-All-Alex-Jones">Twitter Jack Dorsey Confesses to ”Unfair” Conservative Censorship: We Are All Alex Jones</a>

The alternative news website Infowars was founded by Alex Jones and has been removed from Apple's app store for violating "App Store guidelines." The New York Times reported that Apple removed the app for violating guidelines by providing content that is considered "offensive, insensitive, upsetting, intended to disgust or in exceptionally poor taste."

The removal of the increasingly popular app follows just days after Twitter announced it had permanently banned Jones and Infowars from their website. The left-wing company justified the ban saying the move was "based on new reports of Tweets and videos posted yesterday that violate our abusive behavior policy, in addition to the accounts’ past violations." Jones' Twitter account had around 896,000; Infowars had over 430,000.

When the tech giants led a coordinated effort to deplatform Jones last month, Twitter's CEO stood up for Jones saying he had not violated the platform's policy. Twitter CEO Jack Dorsey said last month, "We didn’t suspend Alex Jones or Infowars yesterday. We know that’s hard for many but the reason is simple: he hasn’t violated our rules. We’ll enforce if he does."

Dorsey had a change of heart because he has now issued a lifetime ban on the radio host and his website. One last bastion for the conservative personality is the Google Play Store where Infowars has recently shot to #1 overall trending app. The more they try to silence him, the more popular he becomes.

watch Apple stock and Iphone sales drop. We are very tired of sensorship, and such political sensorship has no place in our technology.

Go with a Galaxy android phone, and give up the money grubbing iphone.