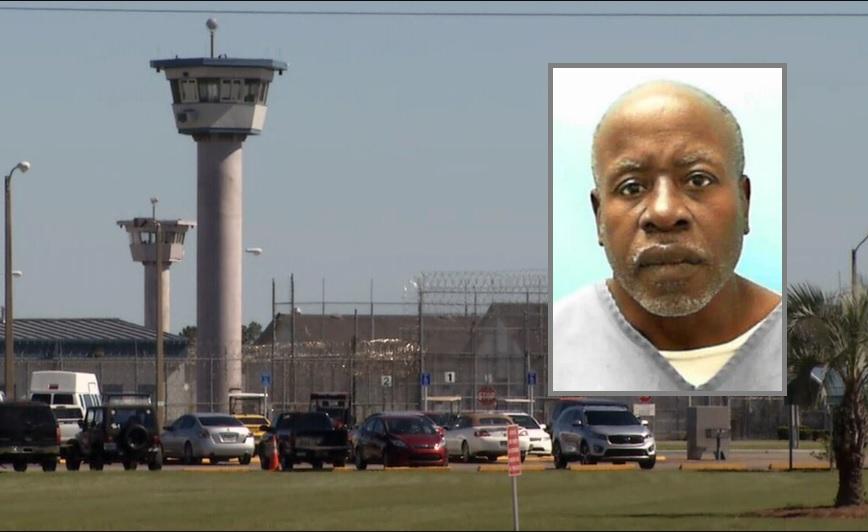 A disturbingly savage crime took place at the Columbia Correctional Institution where an inmate strangled and mutilated the corpse of his cellmate. The prisoner savagely plucked out cellmate's eyeballs, cut off an ear, and wrapped the body in a bloody sheet before heading off to chow. When the inmate arrived at the chow hall, he was wearing his cellmate's ear around a necklace and it was several moments before prison staff realized something was amiss, according to the Miami Herald.

The brutal murder took place Thursday morning and just hours later, an unrelated gang fight exploded in another building making it a very busy day for the Columbia Correctional Institution. The prison is located in Lake City which sits about 50 miles west of Jacksonville. The second disturbance was found to be a dispute between two gangs, the Bloods and the Cutthroats, both gangs began stabbing each other with rudimentary knives. The violent fight apparently broke out over smuggled contraband, one prison source told the Miami Herald.

At the time that the fight started, there was only one guard in the control room who was responsible for supervising the dozens of inmates inside. The murder that took place earlier Thursday morning was in the prison's annex, a building that is separated from the main building which is where the gang fight broke out just hours after the killing. The annex and the main building essentially represent two distinct prisons within the same compound. The total capacity of the prison is 3,000 and its known for housing some of the most violent inmates in the entire state of Florida.

The Miami Herald quoted two prison sources as saying that the cellmate became angry when Mark kept pestering him. It wasn't enough for the enraged cellmate to strangle Mark to death, both prison sources corroborated that he also plucked out Mark's eyes and cut off at least one ear which he wore on a necklace. They also said the killer showed off the trophy to his fellow prisoners before breakfast. He left the eyeballs inside a cup in the cell and told other inmates he planned on eating or drinking them later. It is unknown why an inmate went missing from the count before breakfast and was not noticed until sometime later.

Unconfirmed reports say the killer was recently transferred to the prison from Florida State Prison where he was allegedly on Death Row. Inmates who are especially violent are sent to maximum security prisons and often kept separate from the general population. One corrections officer who spoke on anonymity says he is close to the investigation and that officers at the prison are shaken by the bloody gang fight. The prison is also allegedly suffering from a lack of resources and staffing.

Related coverage: <a href="https://thegoldwater.com/news/6855-All-97-000-Prisoners-in-the-State-of-Florida-on-Lockdown-Due-to-Threats">All 97,000 Prisoners in the State of Florida on Lockdown Due to Threats</a>

The officer is a veteran of the department and described the prison as being so short-staffed that inmates have been able to take advantage of the lack of staff by creating a disturbance to serve as a distraction giving inmates in other parts of the prison an opportunity to deal drugs, contraband, and even fight virtually uninhibited. The shortage has become so extreme that he said most officers at the prison are young and inexperienced making them vulnerable to the hardened prison gangs whose reach can often exceed the prison's walls.

This makes them easy targets for extortion and forcing them to help traffic their contraband. "They just hire anybody now," the veteran officer said. "They just come in and smuggle drugs and they get caught and nothing really happens to them." The officer said that Columbia is part of a pilot program that arms some officers with Tasers. This was confirmed by the FDC who said the new program is limited to the main unit and not the annex.

"I have mixed feelings about whether the Tasers are a good thing or a bad thing," the officer said. "If you have an inmate cutting ears off and strangling someone, it’s only going to take one inmate to jump a staff member and use that Taser for the wrong reasons."

The Columbia Correctional Institution has been no stranger to violence directed at both inmates and staff. In 2016, a Columbia corrections officer was jumped and stabbed, just four years before that, Sgt. Ruben Thomas, 24, was stabbed to death by an inmate. The shortage of staff means it is more difficult for staff to keep ahead of illegal activity and contraband smuggling. The lack of bodies also means fewer cell searches are taking place making it easy for inmates to stockpile handmade weapons.

There are a total of four other open death investigations at Columbia prison and one recent report says that two inmates who died at the prison were smoking K2 in their cells. The part of the prison where Mark was killed is staffed by a single officer who sits in the control room. A sergeant was also assigned to the dorm where Mark was killed but was busy conducting duties at other dorms because of the staff shortage.

Keep those bitches on 24/7 lockdown and feed them nutraloaf for every meal until they bend the knee in submission. Then gradually give them some time out of their cells and better food as they learn to obey their zoo keepers. Keep a strong pimp hand over those dumb savages. They crave the discipline of a strong father figure.

I never want to go to prison

Before we were issued “tasers”, I relied on my fists, knees, and razorlike elbows. When we started wearing the “taser”, inmates would pop off with “Oh, yaww goona taze me mow?” I would hold my fists up and say “Yeah, meet tazer 1 and tazer 2, ask around, most motherfuckers know me”, that got a laugh but I kept my respect, never had to use my “gayzer”. Chowhall is a wierd doo. My best brawls were my years in the weight pit!!

my best time was oops upside the head with a barbell or maybe a pencil through the neck. slap a bitch up with a few razor blades in between the ole fingers… nice mess but you gotta do what needs to be done… blackie likes buttholes but i don't play that. try me nigga. ;)

Why should anyone care if prison inmates kill each other? It's a prison, not a Boy Scout camp.
That's one less felon that the taxpayers have to pay for.