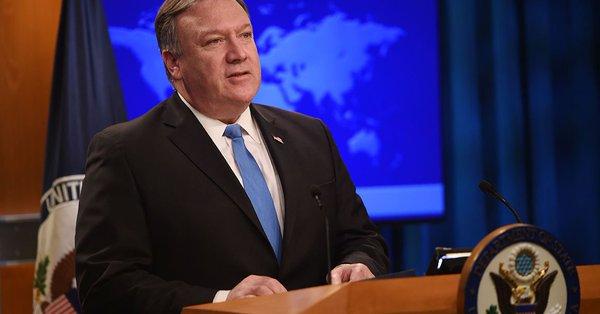 Secretary of State Mike Pompeo announced that the US will cut the number of refugees it would accept next year. The slash will mark the second straight year the country is doing so, making a total departure from the previous trend set by the administration of former President Barack Obama.

The country will only accept up to 30,000 refugees next year, down 15,000 from the 45,000 caps this year. The figure will mark the lowest ceiling on refugee admissions since the program was introduced in 1980.

Pompeo’s announcement was predictably met with criticisms from human rights groups, who claim that this year’s 45,000 ceiling is already too low as it is.

The Secretary of State, however, insisted that the U.S. is still committed to providing sanctuary to people fleeing from danger zones across the world.

<blockquote class="twitter-tweet" data-lang="en"><p lang="en" dir="ltr">.<a href="https://twitter.com/SecPompeo?ref_src=twsrc%5Etfw">@SecPompeo</a>: The improved refugee policy of this Administration serves the national interest of the United States and expands our ability to help those in need all around the world. We will continue to assist the world’s most vulnerable. <a href="https://t.co/SKDHjdXdGD">pic.twitter.com/SKDHjdXdGD</a></p>&mdash; Department of State (@StateDept) <a href="https://twitter.com/StateDept/status/1041806660484747264?ref_src=twsrc%5Etfw">September 17, 2018</a></blockquote>

The new policy would mean that the 30,000 cap is the maximum number of refugees the country will accept for the new fiscal year set to start on October 1. The actual number could still be lower, as seen in the case this year. State Department records say the country has only admitted 20,918 refugees for this fiscal year scheduled to end in two weeks.

<blockquote class="twitter-tweet" data-lang="en"><p lang="en" dir="ltr">Our proposal of resettling up to 30,000 refugees under a new ceiling reflects the United States&#39; longstanding record as the most generous nation in the world for protection-based immigration and assistance.</p>&mdash; Secretary Pompeo (@SecPompeo) <a href="https://twitter.com/SecPompeo/status/1041858492582244353?ref_src=twsrc%5Etfw">September 18, 2018</a></blockquote>

The current White House Administration defended the lower ceiling and said it reflected the country’s continuing commitment to helping families forced to flee their homes by war, persecution or natural disasters while “prioritizing safety and well-being of the American people.”

The Secretary of State also stressed U.S. contributions to foreign aid other forms of humanitarian assistance. He said: “This year’s proposed refugee ceiling must be considered in the context of the many forms of protection and assistance offered by the United States.”

Mr. Pompeo furthermore advocated during his announcement the US’s efforts “to end conflicts that drive displacement in the first place and to target the application of foreign aid in a smarter way.”

President Trump has made limiting immigration a centerpiece of his administration’s agenda, consistent with his campaign promise.

In today’s environment 300 or better yet 30 per year to offset Obummers floods!