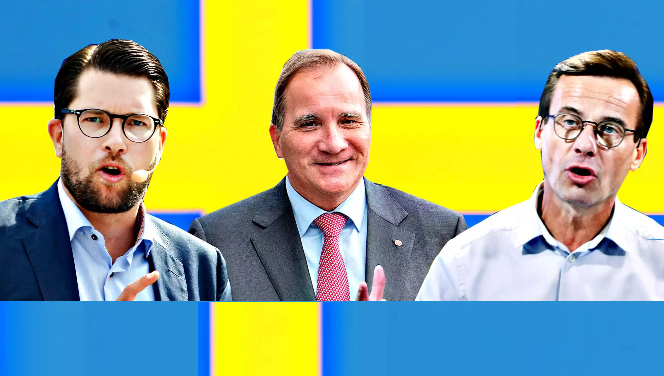 In our reporting on the Swedish election, we here at thegoldwater.com predicted that Mr. Ulf Kristersson of the center-right Moderate Party would be the chosen kingmaker, in the end, to select a party to govern in coalition with (either from the left or the right).

Twelve days after the election result came in, it is starting to look like that is indeed the case. A majority of Mr. Kristersson’s conservative voting base has a clear preference that Sweden, like Austria, would form a rightwing government together with the populist, anti-mass migration Sweden Democrats.

In order to consult his party, Mr. Kristersson’s Moderate Party politicians were asked via email: “Do you think the Moderates will take power through negotiations with the Sweden Democrats if required?”

The majority (324) of the 609 elected officials said that their party should indeed contact the anti-immigrant, anti-Europe Sweden Democrats (SD) leader Jimmie Åkesson.

Mr. Ulf Adelsohn, former leader of the Moderates, also agreed “I am far away from sharing the views of Communists, but we can still talk to them. The same goes for the SD. But according to the Swedish establishment opinion, it’s only okay to talk with the left.”

Mr. Hanif Bali, one of the party’s most popular figures, chimed in as well, claiming that his party should end the cordon sanitaire around the populists: “I’m such a person who does not think I’m becoming a fascist by talking to a Swedish Democrats.”

Related coverage: <a href="https://thegoldwater.com/news/36195-Sweden-Elections-Swedes-Are-White-And-The-Country-Is-Ours"> Sweden Elections - "Swedes Are White And The Country Is Ours”</a>.

It, of course, comes as no surprise that the Sweden Moderates are eager to start talking to Mr. Akesson. After the personal preference votes by for the Swedish elections were counted, it seemed that no one in the country came close to the number of personal votes that Mr. Jimmie Åkesson received during the parliamentary elections, more than four times as many as number two in the list, the Moderates Party leader Mr. Ulf Kristersson.

What do you think? Should the anti-immigrant Sweden Democrats be allowed to govern? Let us know in the comments section hereunder. 100% free speech, 100% anonymous.