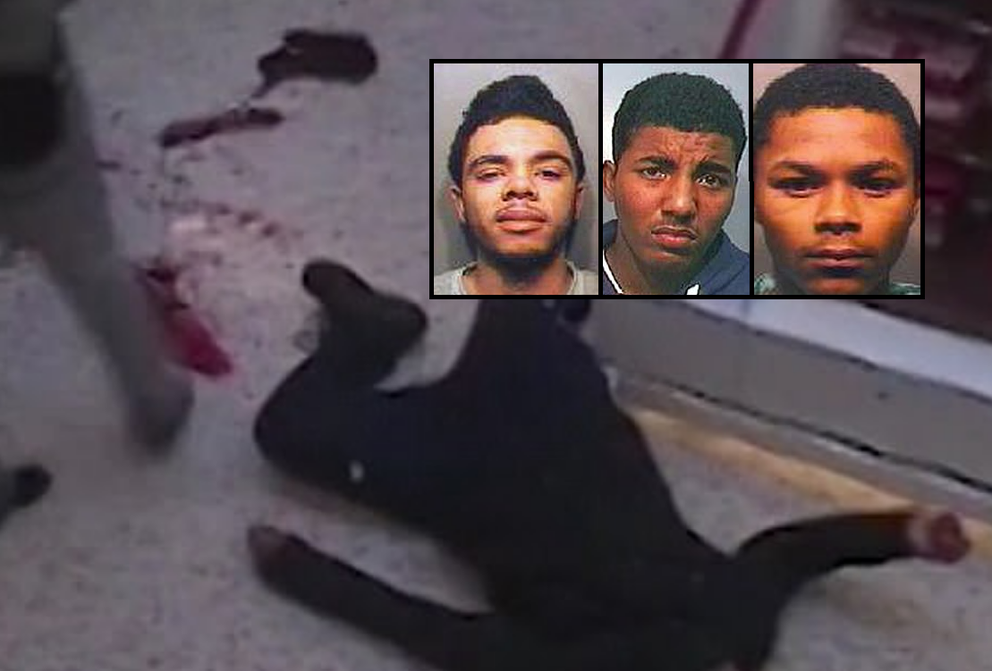 Shopping centre ‘The Mall’ in Luton was the scene of a sickening knife fight between teens who tried to stab each other with machetes while leaving a trail of blood on the floor back in January of this year.

The shocking footage played out in front of families with young children in a busy shopping centre. In the end, armed police rushed to the scene following reports that the three youths were slashing each other with a machete, a large kitchen knife and a hunting knife.

Judge Ms Barbara Mensah claimed that the violence captured on screen was “a prolonged confrontation with shocking consequences in a public place.”

“That horrifying spectacle was not taking place in a film in a cinema or down an alley away from public gaze. It took place in broad daylight. CCTV shows children and families going about their business. It was something they had to see.”

The prosecutor presenting the case to the judge claimed that the teenagers all have backgrounds which are linked with gangs.

Judge Mensah stated to the teens: “Who knows why you decided to meet. It might have been drugs, territory or gangs - only the three of you know and you have chosen not to disclose it.”

The three teens were all sentenced to varying jail terms ranging from 1 year to 5.

You import niggers and this is what you get. Who in the Brit government thought letting more of these shitbirds in was a good idea? Unskilled, uneducated, ignorant filth that brings absolutely nothing but trouble, public dependency and cultural deterioration. Britain's leaders failed their first responsibility - make good decisions and see to your citizens first.

That`s it they give the kids only 1-5 years? What a joke those are the type that would kill anyone for looking at them funny. The whole world has become numb on how to handle violent criminals. They will be released only to commit more horrible crimes. People like that unfortunately need to swing from the gallows so they may harm no one else.

This is what shitskin animals do. Why is this surprising or news

OI do you innocent bystanders have a loicense to watch violent crime? Didnt think so!

From world-spanning empire to this. What a fucking joke.