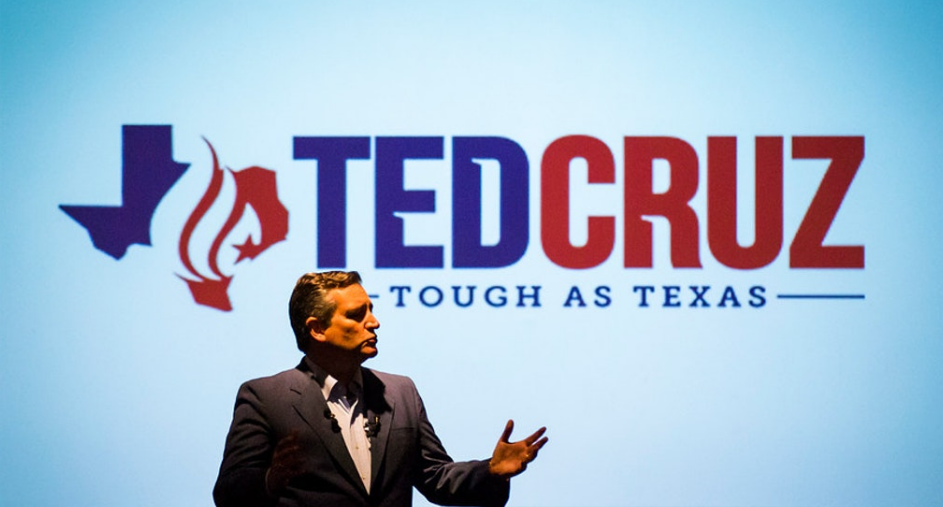 Where have we seen this before? After leftwing activists earlier in the year chased several White House employees out of restaurants in Washington DC expressing their unhappiness with the administration’s decision to separate children from immigrant families caught illegally crossing the border, this time it was Texas Senator Ted Cruz and his wife Heidi’s turn.

The Cruz couple was run out of a restaurant in Washington, DC by a group of shouting activists who protested the Texas senator’s presence to the hearings overseeing the appointment of Supreme Court Nominee Mr. Brett Kavanaugh.

Shouting ‘We believe survivors’ repeatedly, the “Smash Racism DC” activists approached the Texas lawmaker first as he was about to be seated.

An unidentified woman chases Mr. Cruz around and yells: “I know that you’re very close friends with Mr. Kavanaugh.”

The self-described “survivors of sexual assault” follow Mr. Cruz throughout the restaurant and shout: “Senator, I have a right to know what your position is on Brett Kavanaugh,” to which the Texas Senator kindly replies: “God bless you, ma’am.”

In the end, the leftwing activists end up surrounding his table to which the Republican Senator decides to leave, telling his spouse: “let’s go ahead and go.”

It may be time that Conservatives learn from the Liberal playbook and harass and resist Liberals with such vigor and frequency that they are forced into a learning experience. "Live and let live" has gone out of fashion. They need to learn that a living Hell can work both ways and that the class, PayBack 101, needed to start yesterday.

why didn't the restaurant call the police on these crazy liberal filth?

They paint a mask of peace and love, while simultaneously screaming like demon possessed banshees in your face in any public arena. Who does that? These people are mentally ill and violent. They are not capable of any sort of intellectual debate, lacking any comprehension of reason.

Just look at them! They are anger and lunacy on steroids! They want the world to be based on feelings and instantaneous gratification like a screaming baby the moment given a pacifier. They lack the mental maturity and development it takes to form words to express a single thought. AND THE DEMOCRATIC PARTY KNOW THAT FULL WELL AND UTILIZE THESE VULNERABLE PEOPLE FOR THEIR OWN AGENDAS. THEY MANIPULATE THEM AT LOW LEVEL VIBRATIONS TO INCITE PAIN, RAGE, AND VIOLENCE. THEY MAKE THEM BELIEVE THEY ARE LESS IN SOCIETY AND LOOKED DOWN ON. WHEN IN FACT IT IS THE DEMON PARTY THAT USE AND ABUSE THEM LIKE DOGS BEAT INTO OBEDIENCE. THEY BRAINWASH THEM AND THEN SIC THEM ON SOCIETY TO ACCOMPLISH THEIR OWN SICK PERVERTED IDEOLOGY OF A ONE WORLD ORDER. OF WAR AND DEATH AND MONEY. THEIR CONSCIENCE IS SEARED AND SUBMITTED TO A REPROBATE MIND. AND THEY DID IT WITH INTENTION AND COMPLETE UNDERSTANDING OF THE END RESULT. THESE ARE THE TRUE COMMUNIST COLORS OF OUR INFILTRATED GOVERNMENT/

TACTICS AND AGENDAS. MAKE NO MISTAKE! THEY SEEK TO DESTROY AMERICA, ALL IT HAS EVER STOOD FOR, AND ALL WHO STAND FOR IT!

ACCUSATIONS ARE A DIME A DOZEN… EVIDENCE IS PRICELESS!!!

I know you’re probably too busy fornicating with your toothless inbred sister to read this, and your unkempt diaper-strewn trailer likely isn’t compatible with such technological advancements such as the internet, but we need to talk, provided you’re even capable of understanding English sentences that don’t include phrases such as “Y’all” or “Hold my beer!”, you hopelessly ignorant Redneck. Stop beating your pitbull with your fourth extra copy of the Holy Bible for one goddamn second, and listen here.

It’s your fault we’re stuck with this incomprehensibly idiotic, corrupt, rapist, Nazi, buffoon of a president. While you’re busy sodomizing hapless men in the woods and telling them to “squeal like a pig, boy!”, Donald Trump is personally, literally, doing the same to our country. While you slack-jawed country yokels chug bathtub moonshine out of chipped mason jars that still contain the remnants of last night’s “good eatin'”, Trump is visiting each country and urinating on our reputation. And every time you contemptuous reprobates “saddle on up” to the crusty old outhouse across the dirt yard from the dilapidated shanty you drunkenly refer to as your trailer’s attached garage, Trump sells your worthless support to the highest bidder that happens along and wants to help screw the country into the ground.

It’s thanks to you, and your bible-thumping, white privileged, racist, Nazi, homophobic, science denying, flat Earth, misogynist, traditional bullshit beliefs, that a man who is literally Hitler is now in the process of transforming the United States into a Fascist dictatorship. Everything you are, have been, or ever will be, is an affront to all that is Good in the world, and your mere existence is a pox upon the taint of Humanity. Jesus Tapdancing Christ, how it’s possible you have enough functioning brain matter to remember how to breath is a mystery even the greatest minds could never solve. Please do the entire planet a favor, and go die in a fire, preferably by igniting that questionable slurry of chemicals you and your buddies pour into that lake in your back yard and chuckle at the “purdy colors”.

The Sane Half of the Country