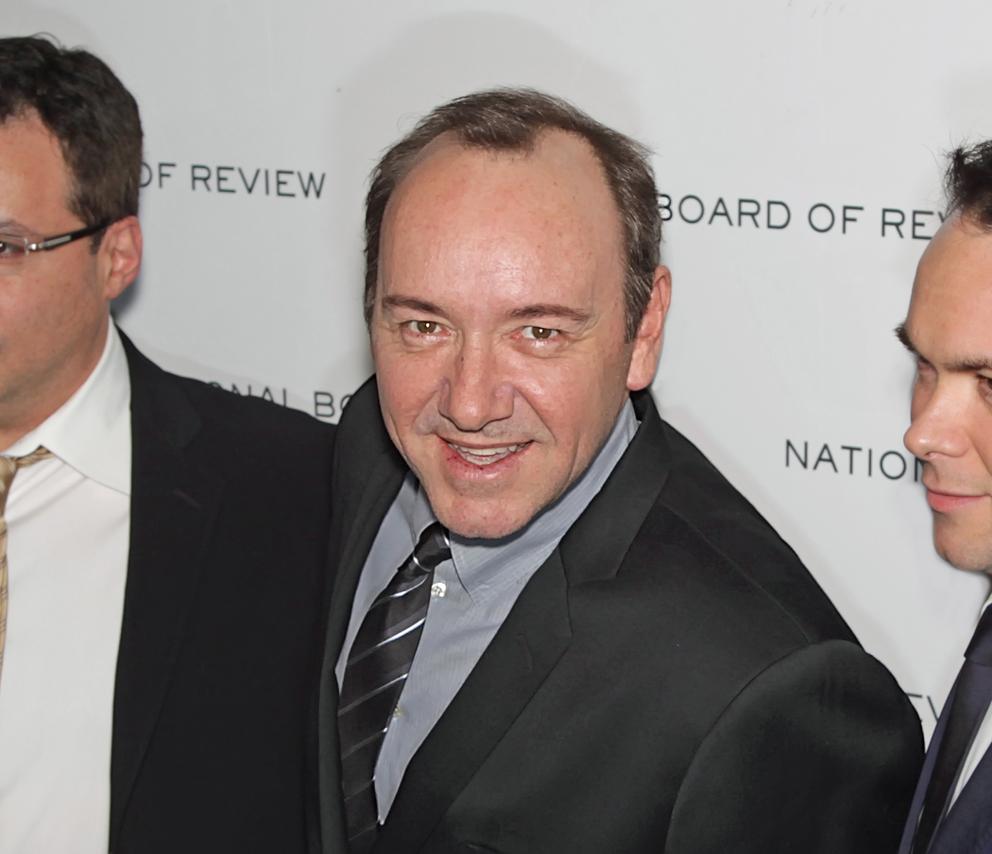 Kevin Spacey Sued For Sexual Assault By His Masseur

Spacey is known in Hollywood for being a very "handsy" person and has been accused of randomly grabbing men in the crotch region on the set of his films. The actor made headlines recently after his Netflix show "House of Cards" was canceled during the filming of its newest season. A total of eight crew members from the show accused Spacey of sexual misconduct. Netflix eventually announced that the final season of the show would resume without Spacey.

He was also removed from a biopic film where he was playing writer Gore Vidal. The cancellation of Spacey's projects happened after a number of sexual assault allegations surfaced against the actor. Now, we can add one more to the rising count of allegations against Spacey after his former masseur filed a lawsuit against him.

Related coverage: <a href="https://thegoldwater.com/news/16689-Netflix-Loses-39-Million-Because-of-Kevin-Spacey">Netflix Loses $39 Million Because of Kevin Spacey</a>

The lawsuit alleges the incident took place in October of 2016 when the masseur was hired by one of Spacey's assistants. He claims he was hired for a massage appointment at Kevin Spacey's Malibu home. The masseur says he was led into a massage room at Spacey's residence and the actor locked the door behind them.

The masseur's lawsuit alleges that his hand was forced "onto Spacey's scrotum and testicles, which Plaintiff was forced by Spacey's action to touch." The lawsuit states that the masseur recoiled but continued the massage session hoping it was a one-time situation and it wouldn't happen again.

Related coverage: <a href="https://thegoldwater.com/news/31425-Kevin-Spacey-Has-A-New-Movie-Opening-in-August-But-No-One-s-Promoting-It">Kevin Spacey Has A New Movie Opening in August But No One’s Promoting It</a>

The masseur was wrong. Spacey made another move. The lawsuit claims, "Spacey again grabbed Plaintiff’s hand, but this time forced Plaintiff’s hand to rub his penis, scrotum, and testicles." When he refused the actor's advances, Spacey tried to kiss and grope him. At one point, the masseur claims Spacey even offered him oral sex.

The damages being sought by the plaintiff were not specified but the lawsuit does claim "as a direct and proximate result of Spacey’s unlawful conduct as alleged hereinabove, Plaintiff suffered and continues to suffer economic harm, loss of earnings and other damages."

Space is already under the microscope and facing several sexual misconduct allegations. The actor tried getting ahead of them by posting a public apology on Twitter which he used as an opportunity to officially came out as gay. The statement was released after actor Anthony Rapp accused him of sexual assault when he was just 14-years-old. Spacey was 26 at the time of the assault alleged by Rapp.

The plaintiff also said in the lawsuit that he had pulled away from the actor, but Space stood up naked and moved toward him saying "you have such beautiful eyes." The masseur then says he grabbed his massage table and fled the residence of the A-list Hollywood celebrity.

Spacey's most recent appearance on the big screen was in the film "Billionaire Boys Club" which told a true story of a group of boys who started a Ponzi scheme. Spacey played the role of Ron Levin, a millionaire hustler who takes the main character under his wing but ultimately takes advantage of him and rips him off.

The protagonist and his sidekick murder Levin in the film which is one of the charges which he sits in prison for to this day. After Spacey's 2017 statement apologizing to Anthony Rapp and coming out as gay, he also said he would be seeking "evaluation and treatment" for his behavior. The actor has not been active on Twitter since and the statement was pinned to his Twitter account.