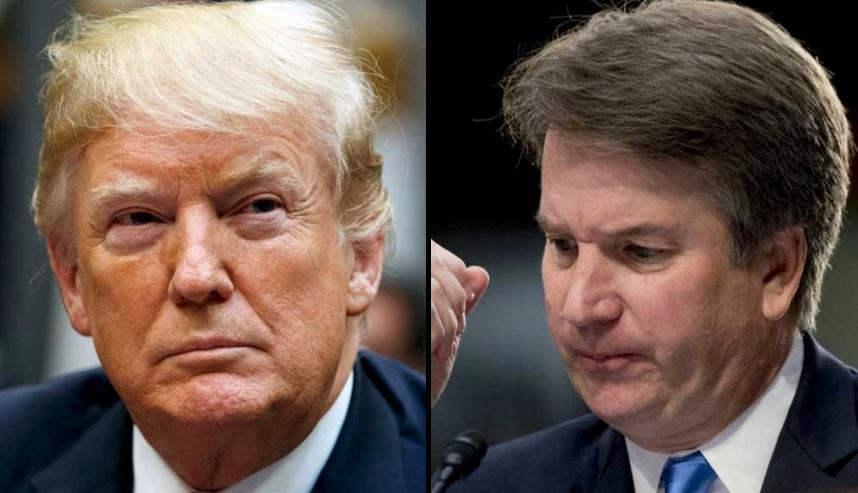 A White House official has confirmed the FBI will not investigate the claims of Brett Kavanaugh accuser Julie Swetnick. The White House limited the scope of the FBI's investigation into the allegations of sexual misconduct levied against Supreme Court nominee Brett Kavanaugh after a slew of women came forward with accusations against the federal judge. The total is somewhere around 200 women who have come forward, and it's getting a little ridiculous at this point.

If Kavanaugh raped 200 women, he would be the most successful serial rapist in history, and there would no doubt have been enough evidence by now to prove any wrongdoing. The White House has stepped in to bring some order and help oversee that justice and the truth are at the heart of the FBI's investigation. The FBI has had a terrible last couple of years with scandal upon scandal including the misconduct of top officials who engaged in a coup attempt to prevent Trump from entering the office.

The FBI will be examining the allegations levied against Kavanaugh by Christine Blasey Ford and Deborah Ramirez, but the agency has been barred from investigating the claims of Julie Swetnick. Blasey Ford, testifying at a hearing Thursday that lasted four hours, revealed she was either playing an actor or was not competent enough to be teaching at a university - she didn't know what "on your behalf" meant. It wasn't just her absurd statements which raised eyebrows; body language reading professionals analyzed Ford's testimony and came to some interesting conclusions.

The third accuser, Julie Swetnick, claims Kavanaugh engaged in sexual misconduct at parties while he was a student at Georgetown Preparatory School in the 1980's, which is an all-boys school. A White House official confirmed that Swetnick's claims will not be looked into as part of the reopened background investigation into Kavanaugh. The FBI investigation will be the second after the Senate already conducted an investigation of its own which was probably more thorough and trustworthy than anything the FBI will produce.

First accuser, Ford, testified in front of the Senate Thursday declaring she was "100 percent" certain that it was Kavanaugh who sexually assaulted her when she was 15. She openly admits that she does not remember how she got to the party and frequently drank and attended parties where alcohol was present despite her age. Ford also testified she doesn't remember how she got home from the party.

So how is it that she is 100 percent certain of anything from 35 years ago when she was already a drunk partygoer at the age of 15? (It should be noted that her memory is very clear that she only had one beer the night she was raped).

Ramirez, the second accuser, claims Kavanaugh exposed himself to her when they were students at Yale. Kavanaugh adamantly denies all allegations.

Senator Lindsey Graham has been one of Kavanaugh's most vocal supporters.

Related coverage: <a href="https://thegoldwater.com/news/38287-Kavanaugh-Who-Is-The-Elevator-Woman-Responsible-For-Changing-Jeff-Flake-s-Mind">Kavanaugh – Who Is The Elevator Woman Responsible For Changing Jeff Flake’s Mind?</a>

The Senate judiciary committee agreed to give the FBI a week to investigate allegations against the Supreme Court nominee. Kavanaugh is a federal judge who grew up in Washington D.C. and attended an elite all-boys high school before attending Yale. President Trump weighed in on the investigation Saturday saying that the FBI has "free reign" to conduct their investigation.

"They’re going to do whatever they have to do," Trump said. "Whatever it is they do, they’ll be doing — things that we never even thought of. And hopefully, at the conclusion, everything will be fine." Trump also said he thinks that Senator Flake's role in stalling the vote may turn out to work in Kavanaugh's favor. "Actually this could be a blessing in disguise," he continued. "Because having the FBI go out, do a thorough investigation, whether its three days or seven days, I think it’s going to be less than a week. But having them do a thorough investigation, I actually think will be a blessing in disguise. It’ll be a good thing."

Senator Chris Coons (D-Del.) said Saturday that he supports the length of time the FBI has been given to investigate. "The FBI works at the direction of the White House in investigating the background of an administration nominee like Judge Kavanaugh," Sen. Coons said. "So it’s the White House Counsel or the president who says, ‘This is the scope of the further investigation."

Senator Jeff Flake, a Republican senator of Arizona, led the last minute move to stall Kavanaugh's confirmation, insisting on an FBI inquiry. Democratic Senator Sheldon Whitehouse of Rhode Island said he expected the FBI probe to include "adequate staffing" as well as support from the committee for "rapid immunity and subpoena decisions as needed."

Stormy Daniels' goofball attorney Michael Avenatti threw a fit over the decision to limit the scope of the investigation. On Twitter, he whined, "This is outrageous."

<blockquote class="twitter-tweet" data-lang="en"><p lang="en" dir="ltr">If true, this is outrageous. Why are Trump and his cronies in the Senate trying to prevent the American people from learning the truth? Why do they insist on muzzling women with information submitted under penalty of perjury? Why Ramirez but not my client? <a href="https://t.co/TwoAKXDWrH">https://t.co/TwoAKXDWrH</a></p>&mdash; Michael Avenatti (@MichaelAvenatti) <a href="https://twitter.com/MichaelAvenatti/status/1046142955478810626?ref_src=twsrc%5Etfw">September 29, 2018</a></blockquote>