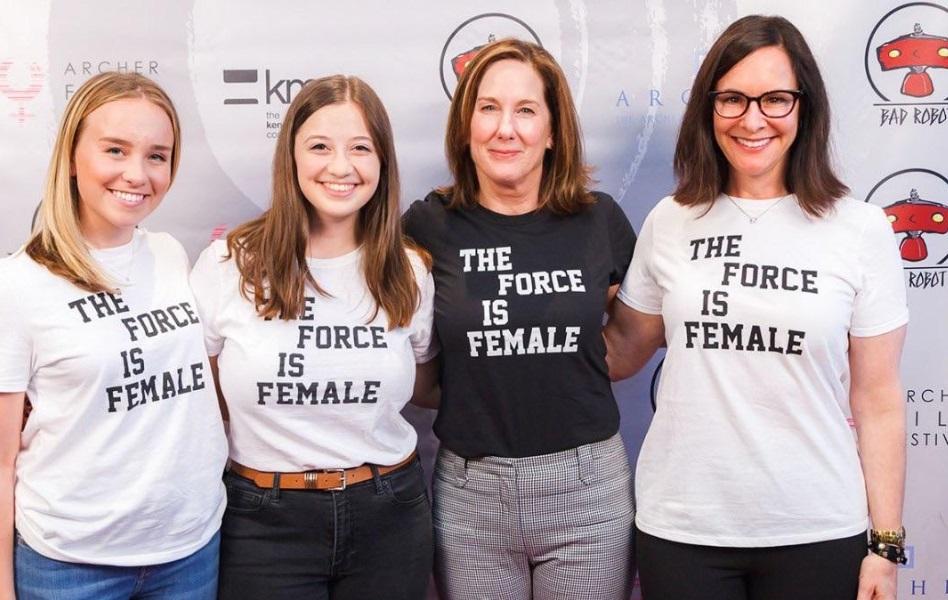 Star Wars has become a representative of a larger problem in entertainment and culture, and that is the hijacking of our various passions and visual mediums to further a political agenda instead of just providing an entertaining escape for the consumer. Comic books are being thrown into the political blender and we get superheroes that no longer show any skin, politically correct stories, and even iconic, fan-favorite characters being made into different ethnicity for the sake of diversity.

And yeah, in case you missed it, the Netflix TV show version of the hit video game series "The Witcher" which is based on Nordic mythology, created a controversy when it put out a casting call for one of its main characters requiring an ethnic minority such as Asian or black. This caused an uproar among fans of the series who insist that there is no reason to change the ethnicity of the character especially when your only doing it to meet a diversity quota.

The forcing of politically correct, far-left, social justice ideology into comic books has led to "ComicsGate" which is a movement of independent creators branching off on their own from traditional comics companies like DC and Marvel. A single artist, Ethan Van Sciver who worked for 25 years as a comic artist for DC, raised over half a million dollars on Indigogo for a single issue of his comic book "Cyberfrog."

Star Wars fans have been calling for Disney to fire Lucasfilm head Kathleen Kennedy after she bumbled the last several Star Wars films. Whether it's firing directors after they have filmed 85% of the film already and doubling production cost by bringing in Ron Howard to finish the film, or it's her pushing her left-wing social justice ideology by wearing shirts that say "The Force is Female", fans are tired of the identity politics being injected into their favorite escapism.

Kennedy admitted to hiring "The Last Jedi" director Rian Johnson because he "made her feel comfortable." Johnson has openly mocked the fanbase and even specifically said he set out to make a film that half of Star Wars fans would hate. The result was the complete destruction of the fandom that Johnson and Kennedy's film created. Fan's called for her to step down for months after it became clear she had lied to Star Wars creator George Lucas.

Kennedy personally promised Lucas that she would stay loyal to the core values that made Star Wars such a success. Instead, what we got was a complete mess of disconcerting, unorganized films that turned everything upside down in the Star Wars universe. Kennedy has been a blight to the franchise, and for many fans, the changing of the swashbuckling character Lando Calrissian to a "Pansexual" was the last straw.

What does it even mean to be a "Pansexual"? That means having a sexual attraction to inanimate objects, in the case of Lando, it meant falling in love with his droid co-pilot. All this occurred on Kennedy's watch, and such "woke" changes to original trilogy characters wouldn't have gone forward without Kennedy's approval. The result was the first Star Wars film to lose money. That's right; the last Star Wars film actually lost an estimated $80,000,000 to $200,000,000.

Fans are finally tired of the identity politics and the far-left social justice warrior agenda being injected into their favorite universe. What used to be an escape from reality is now an abysmal reminder that we can't even get away from left-wing politically correct narratives in our favorite films anymore. A leak from inside Lucasfilm said that it was likely that Kennedy would be let go in September but that she would resign as if everything she has done has been a success and her successor would be named.

Sadly, it seems that Lucasfilm continues to not just name-call its fans and refuse to accept legitimate criticism, but now Lucasfilm is doubling down on its leader Kathleen Kennedy. When many fans were hoping for news that Dave Filoni would be replacing Kennedy, it turns out that Lucasfilm extended Kennedy's contract for another three years. Yes, it appears they really are that dumb.

Many have given up on Star Wars films with the news that Kennedy will continue to helm the franchise for another three years. One thing that you can't deny is that the quality of the content being released by Disney under the Star Wars license has steadily decreased. If you're like most hardcore Star Wars fans, you've probably given up on the franchise at this point. It has been a slow death, and I've been reluctant to put my favorite sci-fi series behind me, but I've been left with no choice.

Not only did I leave the theater after watching "The Last Jedi" feeling sick to my stomach, but I also questioned whether I even cared about the next film, episode 9? Never before have I left a Star Wars film feeling depressed and terrible inside. Somehow, Johnson and Kennedy managed to ruin the whole universe for me and millions of other fans in a single film. Aside from the terrible films themselves, it has really been Lucasfilm's employees' responses to legitimate criticism that has turned me off to the franchise. I suspect that with the announcement that Kennedy will stay at Lucasfilm another three years, that many fans will end up boycotting all things Star Wars period.

After all, with the films progressively making less and less money to the point where the last film actually lost a couple hundred million, surely the franchise won't stay the giant sci-fi megalith it once was for long. The visual effects are no longer groundbreaking and don't stand out, the writing is terribly poor, and the acting is mediocre at best. But that doesn't necessarily mean fans won't like a film, the real problem is fans are tired of being called racist, sexist, bigoted, man-babies and it's time we start voting with our wallets.

the bitches sell-out then decades later play the victim. "IT WAS SO TERRIBLE… BOO HOO…"

also: fem whores and jigaboos should give-up all of their white-man inventions and appropriation. no cars, no electricity, no homes, no tampons, no bras, no air conditioning….. this is a clear case of attacking the very same people who made your life easy and in the case of the jigs, took them out of the jungle and taught them to read and write. now they attack out of jealousy. FUCK THEM!

—"The first modern tampon - with applicator and everything - was invented by a man, Doctor Earle Haas, in the early 1900s - what you will know of as Tampax, which is still in existence today on your supermarket shelves."—

Feminists are a small percentage of the population and the Media seems to give them 90% of attention.

An we know the media tends to be between Far Left Moderate Liberal and is flooded with them and others than only make up 3 to 5% of the US Voter roles.