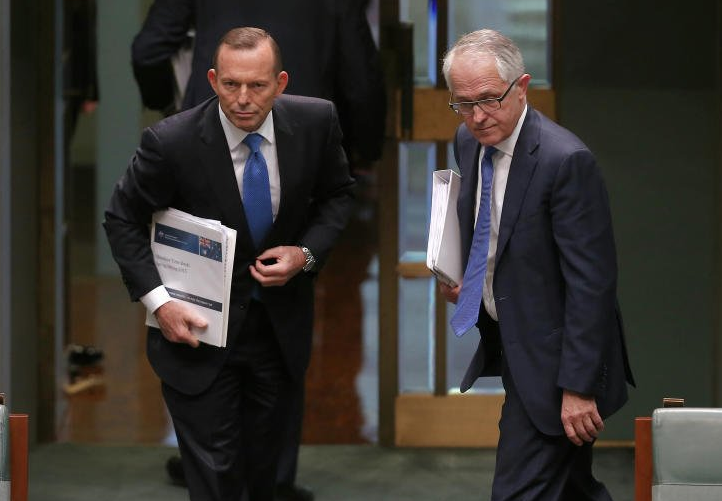 The great number of political ‘assassinations’ in the Australian parliament has meant that several people have held the function of Prime Minister in the past few years: Malcolm Turnbull, John Howard, Tony Abbott, Julia Gillard, Kevin Rudd and now Scott Morrison.

It also means some people are left with a void that needs filling. As Mr Turnbull, during a leaked New York interview stated: “When you stop being prime minister, that’s it,” he said, meaning that it is impossible for him to start doing something else politically after that.

The reasoning behind his words is clear to see when you look for example at the UK where Gordon Brown and David Cameron (both also past PM’s) are still members of their respective party, but are not really involved in the day to day operations of British politics anymore.

As Australia was based on this political model, it is clear that they have similar situations when a lot of Prime Ministers get replaced in a short period of time.

However, this time round, Mr Turnbull also took a swipe at his predecessors, whom he blames for his removal from office, stating: “there is no way I’d be hanging around like embittered Kevin Rudd or Tony Abbott. Seriously, these people are like, sort of miserable, miserable ghosts.”

Speaking to young leaders in New York on Friday, Turnbull slammed the government over the “crazy” Liberal leadership crisis that led to his eviction in August and hit out at his liberal colleagues.

What everyone has long suspected (political infighting within the liberal party), is now out in the open as in a recording of Mr Turnbull’s remarks was obtained by the Australian media.

Commenting on his removal as Prime Minister and subsequent replacement by Mr Morrison, he stated that “for reasons that they’ve not been able to explain, you know, there was an element of the party and of the media that wanted to blow the government up, and they did.”

“And of course, they didn’t get their guy up, they got ScoMo [Scott Morrison].”

Federal Labor MP Ms Anne Aly was one of the first to react to the leaked recording of Mr Turnbull’s remarks. She claimed that: “I do think it’s disappointing to a lot of Australians when you see this kind of white-anting from people within their own parties.”

“I kind of agree with Malcolm Turnbull – I think he’s probably got a bit more experience in politics than I have – so I think him pointing it out is correct.

“The fact is Tony Abbott has been fairly disruptive, but it’s not just him, there are deep schisms within the Coalition.”

Meanwhile current Prime Minister Mr Morrison, appearing on the ABC Insiders program, stated that he himself saw no need for the removal of his predecessor Mr Turnbull, claiming that he was confident the government would have won the next election under Turnbull.

Ahh, Malcom Ego turncoat, the EU loving pandering twat. Still butt hurt about being ousted.. Forgets he had no issues with any of it when he did the same to Tony Abbott. Turncoat has not got the interest of the Australian people at heart. His goal was to be "noticed" and gain approval from the EU minions. Hes no loss.