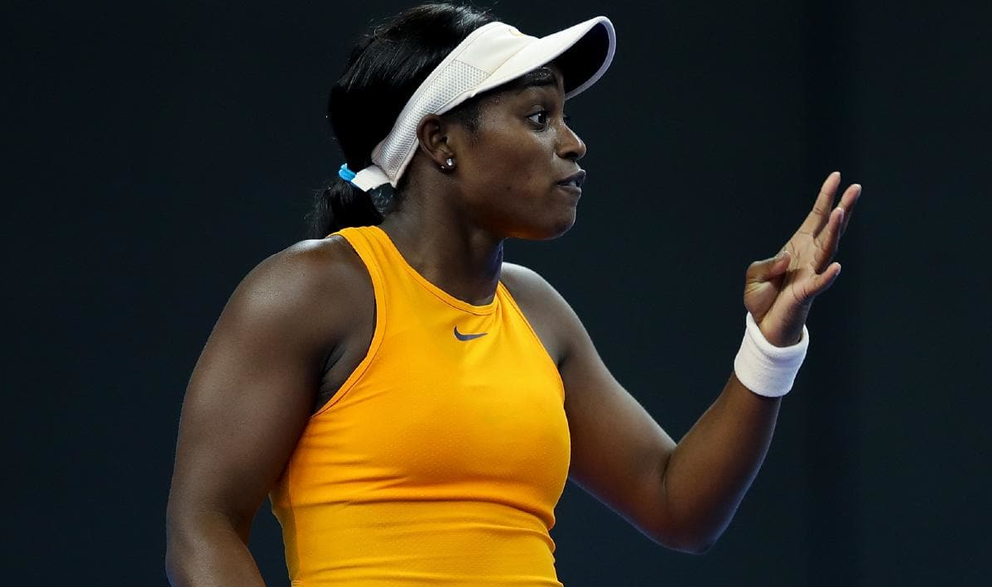 In all the commotion over Matt Damon’s portrayal of Judge Brett Kavanaugh and Kanye West putting on a MAGA hat, one would almost forget that SNL was also willing to make fun of Serena Williams’ behavior during the US Open final over the summer.

Indeed, whereas some tennis players defended Ms. Williams at first, by now they, together with the rest of the world, have accepted that the best US tennis player was just having a tantrum.

Unfortunately for US tennis fans, her prodigy player and those that most see as a Serena-light copy, Miss Sloane Stephens, seems to be taking over the ‘vocabulary’ that goes with it.

Accusing her opponent of trying to hit her with an overhead shot during a contentious first-round match at the China Open, Miss Stephens could clearly be seen saying: “That fucking bitch tried to hit me.”

From the footage, it could indeed appear that Russian Miss Anastasia Pavlyuchenkova tried hitting Miss Stevens with an overhead smash near the net, but in the end, the American returned the hit and won the point.

After that, the exchange was a showdown overheated verbal exchanges which seem to have become the norm as of late.

When Miss Stephens started a war of words with the Russian player, referee Ms. Zhang had to come down to split the pair up.

“How do you know I’m not injured?” Pavlyuchenkova clapped back.

Are we seeing Stereotype pattern or a pattern being promoted for a bigger reason?

Stupid is as stupid does! It’s the whole entitlement thing.

If you are in a position where you can't hit the ball past your opponent, hitting it at them is a legitimate strategy. I've had it done to me and I've done it to others. There was never any whining about it.

So the player who called her opponent a "fucking Bitch" now wants to complain about HER sportsmanship. It just never ends with these people. Stephens wants to dictate how the other girl plays and behaves. That's next level bs there

Get a life and stop being a racial Trump