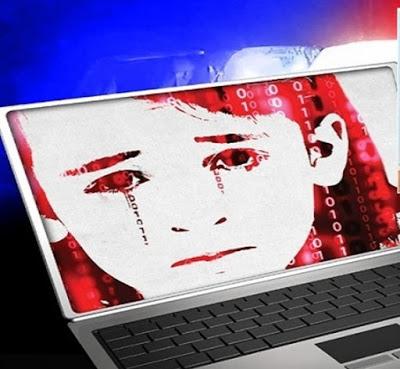 For nearly as long as the internet has existed pedophiles have used it to network, share child pornography and discuss topics related to targeting children. In recent years, however, social media and apps have become a stalking ground for predators. Just yesterday Roy David Evans Jr., 33, was sentenced to 17 years in Federal prison for sexual exploitation of a child to produce child pornography and related charges after he used Craigslist and the messaging app Kik to entice and coerce a 14-year-old victim to produce sexually explicit videos.

Evans had initially posted an advertisement on Craigslist claiming to be in search of "young models." He directed them to contact him through email or Kik. Kik is a popular messaging app that supports text messages as well as sending images, videos or live cam recordings. Over a year ago, Kik was referred to as a "dark corner of internet messaging" by Forbes for what they referred to as it's "huge child exploitation problem."

Back in 2016, Thomas Paul Keeler II was arrested. Keeler was a registered sex offender and huge fan of Kik for all the wrong reasons. Keeler was a member of over 200 Kik groups such as "kidsnbabies" which were used by pedophiles to trade child abuse images. Some of the victims in Keeler's stash were as young as three and "engaged in sexual acts with adults" according to the warrant. Keeler shared materials with up to 300 different individuals in under a year according to the authorities.

As of the Forbes articles' writing over half of the 15 million monthly active users were in the 13-24 age range. Forbes conducted a joint investigation with Point Report, <a href="https://www.forbes.com/sites/thomasbrewster/2017/08/03/kik-has-a-massive-child-abuse-problem/#1ad9d74a1a14">posing as 14-year-old girls.</a> In addition to being flooded with pornographic materials and predatory users via decoys, Forbes and Point Report uncovered how Kik wasn't deleting profiles of users who had been charged and convicted with child abuse related offenses.

Forbes followed up a month later and found that <a href="https://www.forbes.com/sites/thomasbrewster/2017/09/20/kik-slow-to-delete-child-abuse-profiles-despite-promise/#6788f94fdda8">Kik was still hosting profiles of convicted sex offenders</a> including those with a history of abusing children. Kik had promised to invest $10 million in making the site safer by the time of the writing of the September 2017 article. The Forbes decoy found 10 predators in under 2 hours even after the previous promise of tightening down on the platform to ensure the safety of its vulnerable younger users.

Child safety experts warned of the major flaws in the company whose valuation is over $1 billion.

"They could change things, absolutely. They could build in much more responsive mechanisms in terms of privacy and safety, they could provide warnings," Sonia Livingstone OBE, professor of social psychology in the Department of Media and Communications at London School of Economics warned.

"It looks to me like Kik hasn't done any kind of risk assessment, they've allowed for anonymous communication without sufficient privacy and safety controls." If the case of Roy David Evans is any sign then Ted Livingstone, Kik's CEO's commitment to making the platform safer may need to employ new tactics.

Livingstone offered a statement to Forbes: "We encourage users to report content that they believe violates the Kik Terms of Service and Community Standards. Users are also able to block other users they no longer wish to chat with, or ignore chats from people that they don’t know. Actions are taken against users found to have violated Kik's community standards and terms of service, including removal from the Kik platform where circumstances warrant.

"The other is through education and partnerships with organizations that help adults and teens understand the challenges of today's online landscape and how to avoid bad situations. For years, we’ve had teams dedicated to this, and we will continue to invest in those types of tools, provide resources to parents, and strengthen relationships with law enforcement and safety-focused organizations.

"We want all users to be safe on Kik and will continue to make Kik a safe, positive and productive place for our users to interact. We are continuing to increase our investment in this area, as safety is a priority for us."

In a search warrant related to the arrest of another Kik predator, Michael Stanley Clark, the investigator explained the popularity of Kik with a certain segment of it's older audience, "Kik Messenger is frequently used by individuals who trade child pornography because it is free, simple to set up, easily accessible, potentially anonymous and allows users to share digital data privately." Apparently, despite promises from the billion dollar app this is still very much the case.

US Attorney Robert K. Hur explained the sentence, “Roy Evans took advantage of anonymous Internet messaging services to encourage minors to send him sexually explicit images of themselves. This lengthy sentence should send a powerful message that sexual exploitation of children to produce child pornography will not be tolerated in Maryland.”

“With ever increasing access to communication platforms, we must continue to stay a step ahead of those who exploit technology to facilitate the worst crimes in modern society,” Cardell T. Morant, Acting Special Agent in Charge, HSI Baltimore added. “Today’s announcement serves as a significant marker in our fight against these heinous criminals, and I proudly commend the investigators bringing such criminals to justice.”

Evans admitted to coercing three minor victims to produce and send him sexually explicit material. He also admitted to sending three of those images and videos to himself via the internet and even traveled to Montgomery County, Maryland in an attempt to have sex with a 14-year-old victim. At least three minors were victimized by Evans according to his plea and evidence presented.

On today's livestream of The Goldwater's Nothing To Declare we spoke with a member of the Exposing Exploitation team which is working to raise awareness and fight the onslaught of child exploitation on platforms like YouTube, other social media and apps like Kik.

This case was prosecuted under the banner of the Department of Justice's Project Safe Childhood, a nationwide initiative first launched in May of 2006. The DOJ's Project Safe Childhood coordinates federal, state and local authorities to identify and rescue victims of child sexual exploitation and abuse. You can learn more about what they're doing and how you can get involved by visiting https://www.exposingexploitation.com/

You can also learn more about Project Safe Childhood by visiting the Department of Justice web page www.justice.gov/psc for more information on internet safety or to contact the PSC.

Remember the democratic party is in full support of deviancy.

Vote them out America!

>>38519 let me guess: you're a middle aged female from McMinnville Tennessee?

I AM HAPPY THIS PEDOPHILE WAS EXPOSED